The WCO continued to assist its Members in implementing the Revenue Package, which provides guidance and best practices for improving the efficiency and effectiveness of revenue collection, as well as in implementing an advance ruling system for classification and origin, as required under the World Trade Organization’s (WTO) Trade Facilitation Agreement (TFA).

Assistance was provided to Azerbaijan, Bahamas, Eswatini, Lesotho, Liberia, Mauritius and Niger to assist them in developing or expanding their advance ruling systems.

As part of the programme “Harmonizing the classification of goods based on WCO standards to enhance African trade,” a regional accreditation workshop for Technical and Operational Advisors (TOAs) on the cross-cutting tools for classification, origin and valuation was conducted for French-speaking African officers.

Secretariat staff also supported Customs administrations who themselves provide training to foreign colleagues. In addition, they participated in various events, including the First Workshop of the African Union Technical Customs Working Group on Pre-Shipment Inspections. 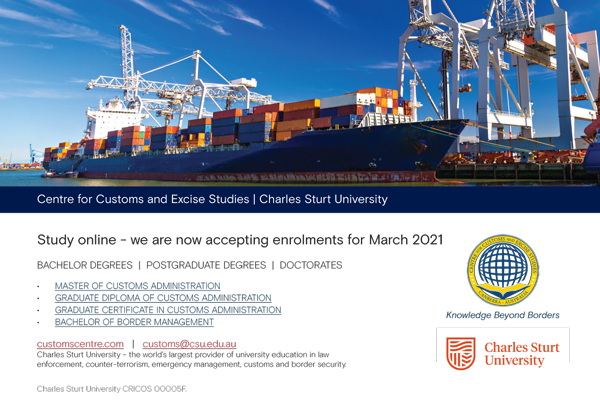 The WCO continued to carry out its work on the uniform application of the Harmonized System (HS), with the adoption of numerous classification decisions and intensified capacity building efforts devoted to the implementation of HS 2017, including the harmonization and enhancement of analytical methods used by Customs laboratories as well as the work on the implementation of advance ruling systems mentioned earlier.

HS Contracting Parties and status on the implementation of HS 2017

Speeding up the HS decision-making process

The Recommendation of 30 June 2018 amending Article 8 of the HS Convention with a view to speeding up the HS decision-making process by placing a two-reservation limit on classification decisions taken by the HS Committee was unanimously adopted and will enter into force on 1 January 2021.

At its 62nd and 63rd Sessions, the WCO HS Committee took 304 classification decisions, including 242 classifications of international nonproprietary name (INN) pharmaceutical products linked to the WTO Agreement on Trade in Pharmaceutical Products.

HS-related capacity building assistance to WCO Members is delivered in the form of national and regional seminars and workshops on the implementation and uniform application of the HS, on the modernization of Customs laboratories and their analysis methodology, and on the implementation of advance ruling systems for classification. The WCO Secretariat also provides, at the request of a Member, advice on the classification of commodities.

Assistance aimed at increasing institutional capacity to carry out classification work was provided to the Bahamas, Georgia, Vietnam and Palestine Customs. A diagnostic mission to assess the existing infrastructure in respect of work undertaken with regard to the HS and tariff classification was held in Niger. Regarding the accreditation of experts, a regional workshop for expert trainers on the HS in the West and Central Africa region was conducted in Burkina Faso.

National Workshops on the development of an advance ruling system for classification were organized in Bhutan, Malawi, Nepal, Papua New Guinea, Vietnam and Zimbabwe.

Technical assistance related to Customs laboratory infrastructure and analysis methodology, was provided to Albania, Colombia, and 14 countries in the MENA region. Moreover, experienced Customs chemists and classification officers from six countries participated in the 6th Customs Laboratory Programme, which was funded by Japan Customs. Participants spent one week studying WCO HS tools at the WCO Secretariat before going to Japan for six weeks’ practical training on chemical analysis methods.

In addition, the Organisation for the Prohibition of Chemical Weapons (OPCW) invited the WCO to introduce the role played by the Organization in controlling the trade in chemical products to participants attending the OPCW’s Associate Programme – an annual programme for developing countries that aims to enhance their capacities by offering training in chemistry and chemical engineering.

During the 2018/2019 financial year, 97 classification advice responses, covering 109 products, were provided to WCO Members by the WCO Secretariat.

Review of the HS

The potential for a strategic review of the HS was raised with the WCO Policy Commission, which led to a Conference on the review of the HS being held in May 2019.  After reporting the discussions back to the Policy Commission, the Secretariat has been tasked to prepare a business case, for submission to the WCO Finance Committee in the first instance, covering the scope of a possible review, the initial impact and feasibility studies, possible governance mechanisms for the change process, and the expected financial and human resource costs.

The WCO Council adopted an Article 16 Recommendation concerning the amendment of the HS for HS 2022. It contained 351 sets of amendments. Some notable amendments include new headings or defining Notes for:

HS 2022 will enter into force on 1 January 2022 for all HS Contracting Parties, but will exclude any amendments objected to during the six month time-frame, during which Parties can notify the WCO of an objection to a recommended amendment.

The Council adopted the Recommendation on the insertion in national statistical nomenclatures of subheadings to facilitate the monitoring of the international movement of substances that deplete the ozone layer, controlled by virtue of the Kigali amendments to the Montreal Protocol.

The WCO continued its efforts in assisting its Members with the uniform application of the WTO Agreement on Customs Valuation (the Agreement), in particular, by providing guidance on the management of Customs valuation matters.

The WCO Technical Committee on Customs Valuation (TCCV) completed the examination of the “Valuation of imported goods purchased in flash sales” case that was submitted by Mauritius, and which led to the adoption of Advisory Opinion 23.1 at its 48th Session in May 2019.

During 2018/2019 the TCCV had examined questions concerning:

The first question has been put in Part III of the Conspectus of Technical Valuation Questions, and the remaining questions will be examined by the TCCV at its next session.

National workshops on valuation issues took place in the Bahamas, Bhutan, Colombia, Lesotho, Rwanda, Senegal, Sierra Leone, Thailand, Togo and Montenegro. A Sub-regional workshop was organized for countries of the pacific. In addition, diagnostic missions on the valuation control system and assessment of related expertise were carried out in Côte d’Ivoire, Bhutan, Liberia and Niger.

As part of a series of joint regional workshops conducted by the WCO and the Organisation for Economic Co-operation and Development (OECD) on Customs valuation and transfer pricing, a workshop was organized for countries in the Asia/Pacific region.

For the 2018/2019 financial year, the WCO Secretariat responded to nine requests for advice received from WCO Members in relation to Customs valuation.

WCO valuation experts participated in a private sector conference series focusing on transfer pricing called the “TP Minds Conference,” which was organized in Australia, Singapore, South Africa and the United Kingdom with the objective of promoting WCO valuation work. They also participated in a WTO workshop entitled “Experience sharing on the implementation of the Customs Valuation Agreement, and ensuring that the Trade Facilitation Agreement supports implementation of the CVA including technical assistance and capacity building.”

The WCO continued to support its Members with their understanding, management and implementation of rules of origin amid the ongoing proliferation of regional trade agreements.

The Technical Committee on Rules of Origin (TCRO) met to report on the technical aspects of the WTO Agreement on Rules of Origin. The work on the harmonization of non-preferential rules of origin at the WTO has remained stagnant for some years, but discussions have taken place on issues linked to notifications and transparency.

Back to back with the TCRO, a workshop was organized to address preferential market access for LDCs, origin procedures including certification and verification, and e-learning opportunities for public and private representatives. The review of the Revised Kyoto Convention (RKC) was also discussed, with the inputs being reported to the Working Group on the Comprehensive Review of the RKC. 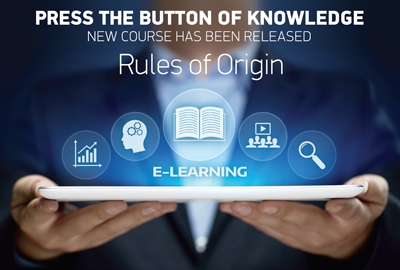 A number of origin tools have been updated or translated into new languages:

The WCO Secretariat believes that there is a need to update Specific Annex K of the Revised Kyoto Convention (RKC) that deals with rules of origin as part of the current RKC review. The Annex was not part of the revision of the original Kyoto Convention, and, as such, there is a need to update the text to ensure that it matches modern Customs and trade procedures and practices.

Moreover, the WCO Secretariat is advocating for binding and enforceable provisions, thereby promoting that the WCO and Customs take the lead in relation to international standards on the administrative procedures regarding rules of origin.

From the WCO drawing board to Customs strategic plans: is the nCEN Programme taking Customs by storm?