Although Burkina Faso has long been regarded as a land lacking in natural resources, over the space of just a few years, the country has been transformed into a mining player specializing in the production of gold. Among the reasons for this growth in the country’s extractive industries are the tax breaks granted to investors and the arsenal of legal provisions put in place to make mining investment projects predictable and safer in the “Land of Incorruptible People.”

According to a report published in 2014 by the Canadian Fraser Institute, Burkina Faso is currently the sixth most attractive location in Africa for mining investors, beaten only by Botswana, Ghana, Morocco, Namibia and Zambia.

The country’s mining legislation provides for the extraction of minerals via three different routes: artisanal mining, semi-mechanized mining, and industrial mining. According to the Minister for Mines, a total of 12 industrial mines, 200 officially recognized artisanal mining sites, and around 800 illegal gold panning sites were operating in Burkina Faso in 2017. 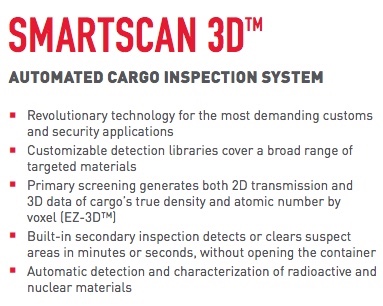 The gold exported by the industrial mines is sold to Metalor Technologies International, a Switzerland-based limited company, which specializes in the refining of precious metals. Artisanal miners, individual gold panners and holders of artisanal production permits are obliged to hand their gold over to an approved trading house for the purchase, sale and export of gold, which must keep a ledger of all sales and purchases, smelt the gold into pieces, ingots or bars, and have it officially assayed by the Office of Mines and Geology [Bureau des Mines et de la Géologie, or BUMIGEB]; as of 2015, there were 74 such trading houses.

The overwhelming majority of the gold mined in Burkina Faso is exported. In 2017, 41.4 of the 46 tonnes of gold produced was sent abroad (estimates by the General Directorate of Mining). According to official data, 45.582 tonnes of gold – or in other words 99.09% of the country’s total production – was extracted by the 12 industrial mines alone.

Mining output has an impact on budgets at both state and local authority level. In 2017, 226 billion[1] CFA francs (344 million euros) was raised through various related channels (levies, Customs duties, and other taxes).

Exports of gold are subject to a “proportional gold mining royalty,” which is a tax collected by the Directorate General of the Treasury and Public Accounting. The level of this royalty varies depending on whether the gold is being exported by an industrial mine or a trading house for the purchase, sale or export of gold; in the case of industrial mines, it is charged at a rate of 3% of turnover if the price per ounce for the gold extracted is less than or equal to 1,000 US dollars, 4% if the price per ounce is between 1,000 and 1,300 US dollars, and 5% if the price per ounce is above 1,300 US dollars. The trading houses are subject to a uniform rate of 5% and benefit from tax relief of 100 CFA francs per gram of raw gold.

Exports of gold are allowed to leave the country freely, and Customs duties are charged at 1.75% of the London Bullion Market Association (LMBA) value of the product plus the cost of assays by the state laboratory at 0.2%. The exporter must also obtain an export document from the Chamber of Commerce and Industry, signed by Customs and the exporter’s home bank (which must hold a licence in Burkina Faso).

This document provides the Burkina Faso authorities with information on the recipient of the goods, the nature of the goods, and the arrangements for the payment of export charges (in addition to Switzerland, the leading destinations for artisanal-mined gold include Belgium, France, Dubai, and the United States). Trading houses are obliged to repatriate funds from the home bank within a deadline of one month from the date on which payment is due, and to forward supporting documents within a deadline of 45 days. This document, therefore, serves as a means of repatriating currency flows that originate from commercial operations.

In parallel to these lawful export channels, and prompted by a desire to avoid the associated fees and obligations, gold trafficking circuits have emerged in recent years, which deprive Burkina Faso of several billion CFA francs in government revenues per annum.

Most of this gold is exported illegally in travellers’ luggage. In November 2014, for example, three people carrying 77 kg of gold in their luggage were intercepted by the Special Customs Brigade based at Ouagadougou Airport. Upon questioning, the gold seller found to be involved admitted that an average of two illegal export operations had been carried out each month for some time, with the traffickers carrying amounts of gold varying between 6 and 30 kg. He also admitted casting gold, which had been previously purchased from a number of gold panning sites (both approved and illegal).

Gold traffickers also include individuals acting independently: in 2017, the Special Customs Brigade seized gold on three occasions (250g, 1,666g and 400g respectively) from travellers intending to resell it in Colombia and Turkey.

Some of the trafficking circuits are more organized in nature. On 23 February 2016, the Mobile Brigade stationed in Tenkodogo (a town in central eastern Burkina Faso, which is a hub for significant trade flows to and from Togo) seized 16.55 kg of gold that a trafficker had hidden in the doors of his vehicle with the aim of exporting it illegally to Togo.

According to Public Eye, a non-governmental organization (NGO), Switzerland imported at least 7 tonnes of gold from Togo in 2014 despite the fact that there are no gold mines in the country; this gold was traced back to artisanal mines in Burkina Faso. Many tonnes of gold produced by these mines (located mainly in the north and west of the country) are imported unlawfully into Togo each year, and this trafficking circuit alone deprives Burkina Faso of an estimated 3.5 billion CFA francs in tax revenues.

Analysts also believe that some gold traffickers wish to place currency abroad without paying export taxes, or to purchase goods abroad, which can be imported at a lower face value or brought in as contraband in order to be sold in Burkina Faso (thus minimizing Customs duties or avoiding them entirely). Claims of this kind are difficult to substantiate, however.

With a view to preventing the trafficking in mined minerals, Burkina Faso recently established a National Agency for the Supervision of Artisanal and Semi-Mechanized Mining [Agence Nationale d’Encadrement des Exploitations Minières Artisanales et Semi-mécanisées, or ANEEMAS], one of its aims of which is to organize gold panners into cooperatives so that they can benefit from a preferential rate for the proportional gold mining royalty.

On the ground, the National Anti-Fraud Brigade for Gold [Brigade Nationale Anti-Fraude de l’Or, or BNAF] has been specially tasked with investigating, identifying and prosecuting offences relating to the marketing of gold and other precious substances extracted by artisanal and semi-industrial mines. This cross-agency body brings together officials from various services, including Customs, and takes responsibility for pursuing any court cases relating to gold, regardless of the authority which seized the trafficked goods.

The level of insecurity affecting Burkina Faso as a whole means that the BNAF cannot gain access to individual mining sites, and so, for the time being, it can only monitor the trading houses which operate in towns. Its scope of action is further limited by a lack of funds to pay informants for valuable information in the fight against gold-related fraud. Nevertheless, the country remains determined to do what it can to prevent gold smuggling, thereby preventing the loss of much needed state revenue.