The Brazilian government has recently centralized its export procedures and developed a new online platform to process export operations in order to make them more efficient and, ultimately, boost the economy. The new “unified export system” is the first application developed as part of Brazil’s Single Window project that started in 2014 and which aims to integrate all existing information technology (IT) processes currently used by border agencies to manage trade flows, thus enabling enhanced coordination and better controls while facilitating data reporting for traders.

In order to export, a company had to register with the Department of Federal Revenue (RFB). The registration provided access to the Foreign Trade Integrated System (Siscomex), an IT platform that was developed in the 90’s as part of the RFB’s effort to implement computer-based procedures and controls.

Under the old system, the exporter, or the Customs broker, had to initially submit, via Siscomex, an “export register.” This document enabled the relevant government control agencies to each evaluate compliance with regulations which they were specifically responsible for enforcing, such as those relating to sanitary issues, security, fauna and flora, nuclear matters and tariff quotas.

When necessary, a licence or certificate also had to be obtained and added to the export documentation. These documents were issued either as paper forms or via independent electronic systems. This meant that the concerned agency had to first issue the documents requested by the trader on the basis of the supplied information, and later check whether the documents they had issued adequately supported the export request. 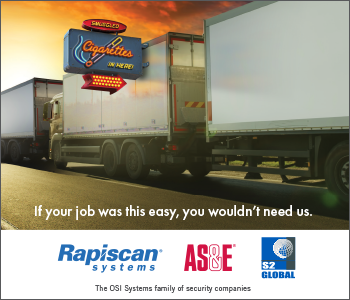 Once this step had been completed, only then could the exporter actually submit an export declaration together with any other necessary documents to the RFB to initiate the Customs clearance. Among the documents to be presented were the commercial invoice (containing information about the actual business transaction), the packing list (containing the number of packages and their contents), and the bill of lading (the transportation contract issued by a carrier).

According to the Doing Business study conducted by the World Bank, an export of containerized goods in Brazil took, on average, 13 days to complete, with average costs in the order of 2,200 US dollars per container. These figures placed Brazil 124th in the Doing Business trading across borders ranking.

Although Brazil’s “old model” was an innovation at the time when it was created, this export model was clearly no longer able to efficiently meet the needs of the country’s private actors and government agencies, especially in light of increasing globalization, which has led to a more intense flow of modern world trade.

To solve many of the problems identified and to rationalize the procedures, a “Single Window” platform (www.siscomex.gov.br) was designed in line with the approach advocated by the United Nations Centre for Trade Facilitation and Electronic Business (UN/CEFACT), which considers the Single Window environment as a key facilitation measure, as well as with the WCO guidelines and its recommendation on dematerialization of supporting documents. The objectives of Brazil’s Single Window export portal are to:

Besides building the platform per se, the export procedures have been streamlined to bring real benefits to exporters, meet the needs of stakeholders, and reduce the times and processes of such operations. At the core of the new system is the Declaração Única de Exportação (DU-E), or Unique Export Declaration.

The DU-E is essentially an online document for the registration of an export declaration to which additional documents may be added. It is based on the WCO Data Model and must be completed by the exporter or by the person responsible for submitting the declaration, based on information contained in the commercial invoice that also has to be uploaded onto the system.

The commercial invoice in Brazil is a document for internal tax purposes, which establishes the transfer of ownership of a property. The centralization of these two documents on the same platform enables better controls, especially when it comes to fiscal evasion as it allows access to information on goods actually exported and the internal taxes related to the process.

Obtaining licences, authorizations, certificates and other documents that must support an export also occurs in a different way in the new system. They can be requested directly through the portal, and issuing agencies can control their use and the conformity of an export without interfering with the continuity of the logistics flow.

The export procedure can be initiated without the above documents and the exporter may obtain them over time, as long as they are ready before shipping. This has enabled the exportation of regulated products to be facilitated. A relevant feature here is that the system has a validation module that allows the exporter to train himself/herself on the new export process before actually exporting, thereby minimizing errors when registering the real declaration.

Prior to implementing the new system, an exporter had to report 88 pieces of data (50 on the export register and 38 on the Customs export declaration). Under the new process, the number of pieces of export data has fallen by around 60% and the exporter now needs to provide only 36 pieces of data.

The Portal also aims to increase transparency by allowing companies to monitor the progress of their operations in detail over the Internet. In addition, the analysis of the operations processed through the DU-E until now shows that the average time between the registration of the declaration and the shipment of the goods has been reduced by 54%, exceeding the initial target set early in the project. The reduction in time taken to export goods has a direct impact on transaction costs, and increases the competitiveness of Brazilian companies in the global market.

Moreover, during the whole process, most goods awaiting export would be held in port or terminal premises. The fact that export clearances now take less time means that ports can process shipments quicker and increase the flow of goods they process. In a country where a lack of port infrastructure is regularly pointed out, such increases in port operations, without any expenditure on the actual infrastructure itself, is great news.

From a Customs point of view, the process reengineering aimed especially at enabling transaction based risk analysis 24/7, following international best practices. Previously, declarations were analysed in batches, only on working days, creating gaps that further increased the time needed to process export operations.

Under the new system, each declaration is analysed separately, periodically, and, as a result, more rapidly. The control process is improved, and the time required to manage the flow of exports considerably reduced.

The system still gives every export transaction a “Unique Consignment Reference,” or UCR, which allows for the aggregation of several invoices into a single cargo consignment, and will be used to track shipments through all stages of the export process. The UCR is made up of a number and characters, indicating in a coded format the following information:

The use of the UCR in foreign trade operations meets the WCO Recommendation. In addition, the fact that the different data forms used in the system were developed according to the WCO Data Model will make the exchange of information with other Customs administrations also using the Model much easier.

Last but not least, the system allows for the insertion of additional details about the nature of products being exported. This feature aims at fixing a common problem, i.e. requests for more detailed specifications by Customs in the country of import. Since information about products was dispersed among several documents, it was common to see merchandise identified by its NCM (Nomenclatura Comun do MERCOSUL) code, by a written description, and by some other code used internally by the Brazilian Customs or tax authorities. The system has been designed to coordinate and centralize all descriptions in a single place.

Although the project was led by the RFB and the Foreign Trade Secretariat (SECEX), private sector participation in the construction of the new and improved export process was essential and effective in all phases of the project, from the mapping of the old processes, the identification of the main problems, critical points, redundancies and bottlenecks in the flow to the recognition of stakeholders’ needs.

The implementation of the DU-E began in March 2017 and progressed gradually until reaching completion in July 2018. Initially, only the basic functionalities for cargo requiring Customs supervision and sent by air became operational, followed by the later incorporation of sea and land operations. Thereafter, operations supported by the Special Drawback Regime were added, and, finally, operations subject to other governmental controls, in all modalities. The idea was to allow the various players to migrate to new concepts and functionalities with tranquility as well as legal and operational security.

The perception of the benefits generated by the implementation of the new export process is gradual and growing, with the actors becoming more and more familiar with the system and perfecting their own processes. Moreover, given the efforts made to simplify procedures, reduce duplication in reporting, make control transparent, reduce costs associated with exportation and increase the predictability of commercial operations, Brazil hopes to increase the country’s trading performance and see itself better placed in the ranking made by the World Bank or the Organisation for Economic Co-operation and Development (OECD).