Today, a lot of what we do generates data. These data can be analysed in real time thanks to hyperconnected infrastructures – a state of communications where electronic and computer devices of all kinds can communicate among each other to whatever extent each individual user desires – as well as increased data storage and processing capacity, artificial intelligence, machine learning and artificial neural networks. Data can be transformed into information and then translated into intelligence that allows us to make decisions objectively.

The General Directorate of Customs (DGA) of the Dominican Republic has taken steps towards a data culture where decision-making is based on data analysis. It has set up a Department in charge of Planning, Economic Analysis, Statistics and Business Intelligence to spearhead the process and break with the traditional ways of doing things.

In the article “Evolution of Data Analysis at Dominican Customs” (92nd edition of WCO News, June 2020), we explained that a data warehouse had been built with clean import and export information, as well as a database recording a breakdown of revenue collections by tariff code and by type of revenue.

We wrote that the Department had developed several applications for the purpose of collecting and analysing various types of information in order to examine in depth trade flows and determine taxpayers’ profile and behaviour. Information of particular interest included data from the General Directorate of Internal Taxes (DGII), release times, market prices, market intelligence data, mirror data, and data related to the arrival of containers and payment of handling fees.

We also announced that we were working on the automation of the Time Release Study (TRS). An initial TRS had been carried out in accordance with the guide provided by the WCO. It enabled us to identify critical data collected by the Port Authority that were not being captured in the DGA system, or if being captured, were not reliable. 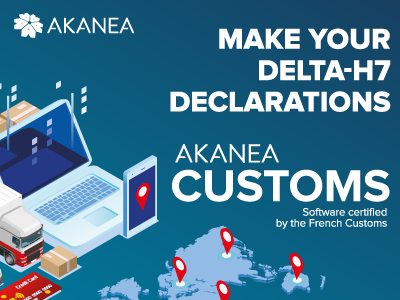 A great deal has changed in the DGA since the publication of that article. In August 2020, a new administration took command and set the objective of turning the Dominican Republic into the logistics epicentre par excellence of the Caribbean region.

Starting from the premise that time is a key factor in attracting new cargo volumes and foreign investment into our country, the DGA launched the “Release in 24 Hours” (D24H) programme under the motto “Together on time” in June 2021. The main objective is to motivate all importers regardless of their size and business area to do all they can to have their imported merchandise released within 24 hours. This programme was launched together with the implementation of a new risk engine (MOR) and the acquisition of new scanners in the main ports of the country.

Measuring the time required to release goods has always been important, but it is critical for the D24H programme. The Department in charge of Planning, Economic Analysis, Statistics and Business Intelligence therefore has recently focused its attention on developing applications to automatically measure the time taken to move a shipment, from the time the ship sails into a Dominican port, until the vehicle carrying the shipment leaves the port. The data is then used to monitor the impact of adopted measures, to spot bottlenecks and to push for reforms to improve the Customs clearance process.

A meeting was organized with representatives of all the entities involved in the clearance process. The advantages of measuring cargo release times were discussed, as well as the methodology to be used to do so and the scope of the project. Participants were enthusiastic and decided to meet weekly. Together, they identified the various data that were needed and established a real-time information exchange protocol with two terminal operators (DP World Caucedo and Haina International Terminals) and with the Association of Shipping Lines. Information from shipping companies and ports could now be received. A means of collecting external data on the movement of ships was also developed.

As a result, the Department of Economic Analysis and Statistics was able to map and automate the entire importation process according to the methodology established by the WCO in its Time Release Study (TRS).

One of the findings of the TRS carried out in January 2021 was that, on average, shipping lines were presenting only 11.70% of manifests 48 hours before arriving at the port. This is an extremely low figure which limits the capacity to plan port operations.

It was also found that only 20.8% of Customs declarations were filed in advance, limiting the capacity of border agencies to plan inspections effectively and ultimately to speed up the cargo release process.

The objective of this application is to track ships in real time and receive shipment manifests in advance. It was created in record time overnight in order to track a single vessel that was to unload 2,500 containers at the Port of Caucedo. The application was later modified to include all ships that sail to Dominican ports. 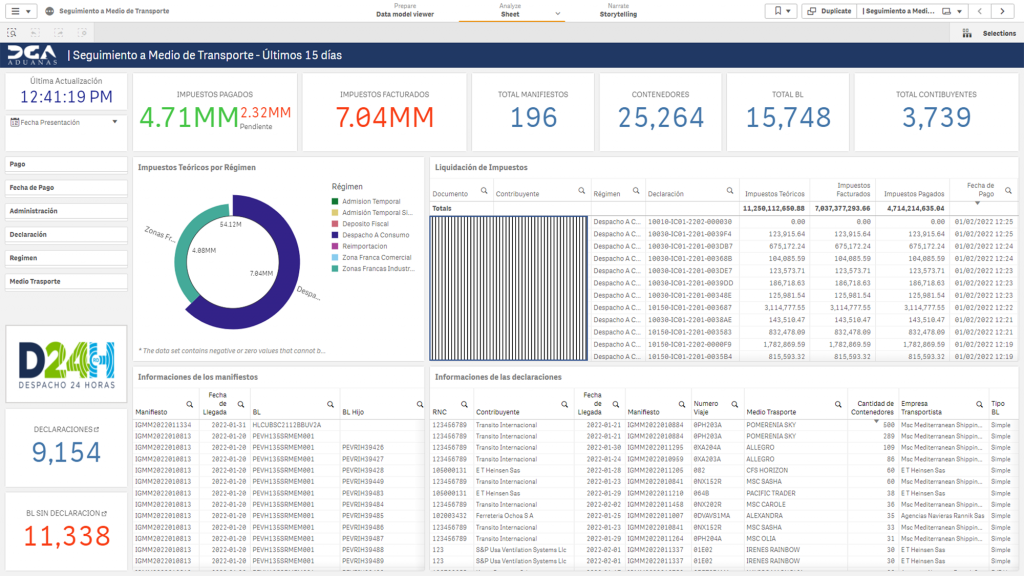 Through this application, Customs can:

The “Release in 24 Hours” (D24H) application allows Customs to follow the cargo clearance process from the time the ship arrives until the shipment leaves the port. 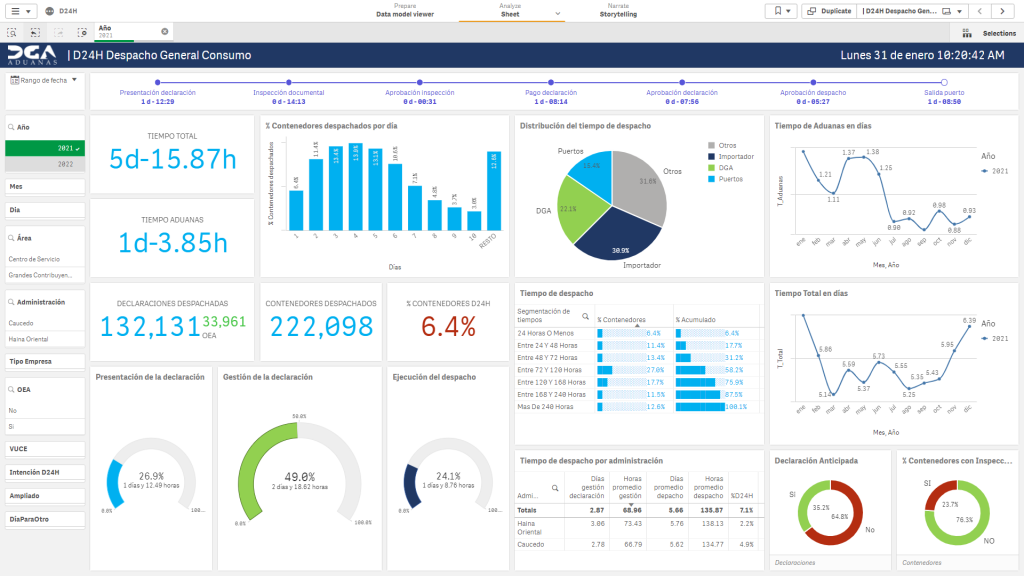 This application can be used to: 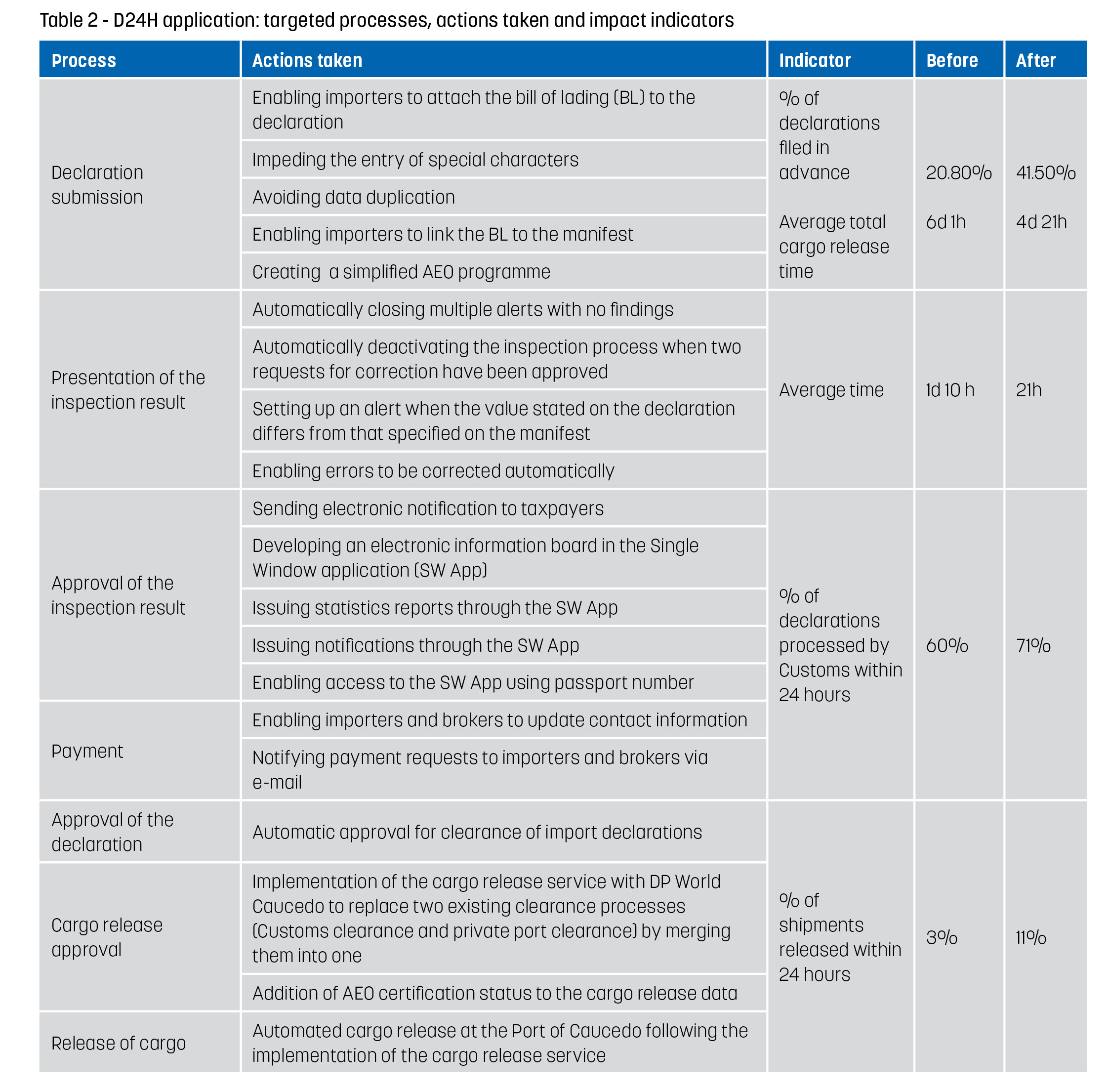 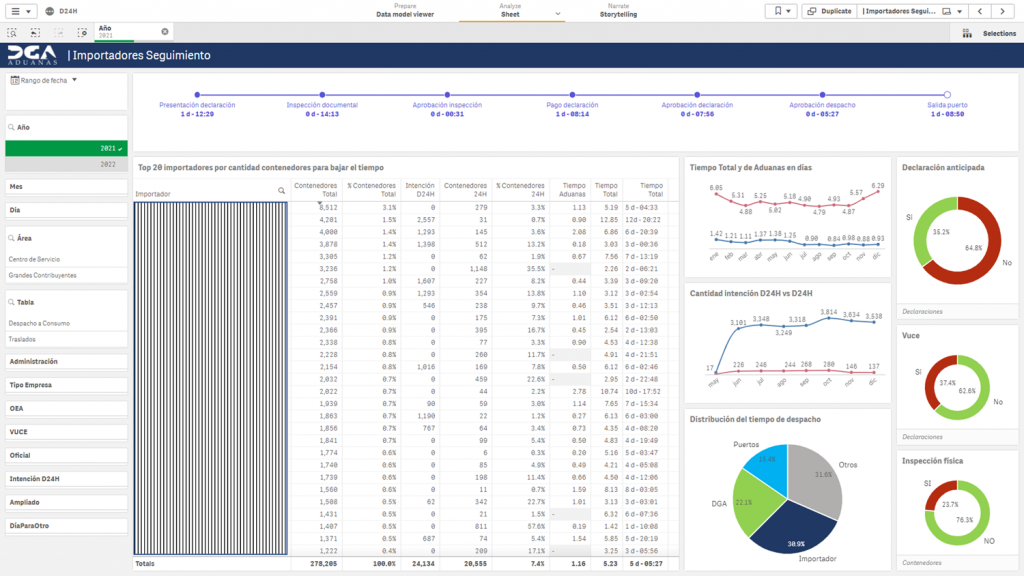 This application provides an overview of the behaviour of each importer in the clearance process. It enables Customs to:

All applications provide a user-friendly dashboard. Analysts can easily create reports and share some of the information with stakeholders. For example, AEOs receive data on their transactions. This has motivated many companies to request AEO certification, thus promoting voluntary compliance.

The processes managed by other border agencies have not yet been assessed, but we are working on doing so by connecting our applications through the Single Window environment. In the coming months, we should be able to monitor the processes managed by around 95% of all actors involved in the importation of goods through the D24H application and be in a position to identify ways of improving them.

We are also working with the DGA’s Sub-Directorate of Technology on the development of a mobile application which would enable importers to use their smart phones to track their cargo from before its arrival at the port until the moment it is released.

These new applications are merely an example of the many initiatives we have taken towards efficient, data-based decision-making. Working on simple projects that have the greatest probability of success and provide speedy results enables us to convince senior management of the value of investing in data collection and analytical tools.

The General Directorate of Customs of the Dominican Republic is a modern administration in the sense that it aims at the continuous improvement of its processes through effective data analysis.