Focus: Gender Equality and Diversity
Other articles in this Edition >>

By the Zambia Revenue Authority

Even when they are genuinely interested in empowering women to develop their careers, the organizations and individuals who celebrate International Women’s Day on 8 March usually forget all about it as soon as the commemoration is over. The subsequent 12 months see very few – or no – conversations and actions on gender equality. The story is different, however, at the Zambia Revenue Authority (ZRA), which has been taking a pragmatic approach to gender equality, inclusion and diversity for a couple of years.

In 2019, out of the 24 individuals holding top and middle management positions, only two were female (about 8%). Members of the ZRA Board and management decided to change the narrative by actively looking for women capable of holding leadership and decision-making positions within the organization and by promoting them. Soon there were three more women holding top management positions.

This was obviously not enough to eradicate the gender gaps, but only a start. In March 2020, they appointed 11 officers to form a Women Leadership and Development Forum (WLDF). Chaired by the ZRA Commissioner of Finance, the Forum works like a steering committee. The overall goal of the WLDF is “to ensure that 50% of leadership positions at Director level and beyond are held by women by the year 2025”. 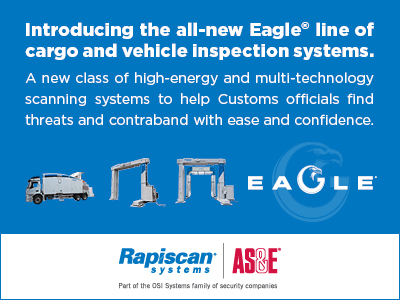 Forum members meet on a monthly basis to decide on ways to develop the leadership capability of female staff and to raise awareness among all employees on the crucial role gender diversity plays in an organization. One of its first tasks was to develop a questionnaire to understand how female officers perceive the workplace and the challenges they face, as well as which measures are needed to support the development of their careers.

Among the measures taken are a mentoring and education programme, and communication-related activities, such as the celebration of International Women’s Day. The WLDF has also been working with internal and external stakeholders to ensure ZRA policies and procedures facilitate the career progression of women towards leadership roles.

WLDF members realized that the ZRA can only achieve the envisaged levels of female diversity and inclusion through deliberate measures that address the low numbers of female employees at all levels. Another issue is the lack of interest among female staff in being part of the programmes aimed at benefiting them. Doubtless, one of the challenges here is to make women realize their value and the career opportunities offered to them. Finding ways to change this situation is critical. Women represent a dynamic and capable pool of talent which remains under-utilized, thereby depriving the ZRA and the country of a very much needed resource.

In July 2021, the ZRA worked with the WCO Secretariat to identify how the Administration could further leverage the work already started using the WCO Gender Equality Organizational Assessment Tool. One of the strengths identified during the assessment is that the ZRA has collected comprehensive sex-disaggregated data, including data on employees’ grades, enrolment in career development opportunities and training. The Administration is therefore able to identify potential gaps in terms of gender balance in several areas, as well as to monitor progress over time.

The ZRA also worked with the Secretariat to upskill its staff through training on implementing gender equality and inclusion in December 2021. It is now drafting a Gender Equality and Diversity (GED) Policy and a GED action plan to outline its commitments for the coming years.

The ZRA has some written policies and guidelines which relate to the prevention of harassment and to anti-discrimination. In addition, the WLDF has started working with Internal and External Audit divisions to follow up and monitor potential cases of harassment, gender-based violence and/or discrimination.

It has also reached out to women taxpayers and women traders through workshops aimed at better understanding their specific needs and making sure that the ZRA addresses these in a comprehensive way. The first meeting was held in Lusaka and, given its success, more are to follow in other regions of the country. The Administration has noted from its engagement with traders (especially small and medium businesses, many of which are owned by women) that they still find it hard to find information on Customs policies and procedures, and that there is a fear of Customs. Hopefully, the dialogue initiated will lead not only to more facilitation for women, but also to better compliance and, maybe, trust.