Just two years ago, economists widely predicted that global trade flows would grow by 7% in 2015. The reality – as shown by new World Bank data released just a few weeks ago – is that they barely grew at all, with several countries seeing sizable drops in trade over the past 12 months. 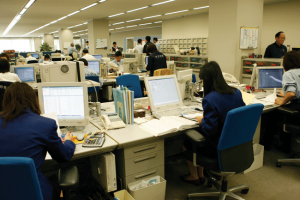 The United Nations’ (UN) 2030 development agenda places a heavy emphasis on trade as a driver of sustainable growth and jobs. This means that we cannot accept the apparent status quo of flat-lining or, in some cases, falling trade. As the world business organization, the International Chamber of Commerce (ICC) believes that adherence to international rules and regulations – by both governments and businesses alike – is vital for an environment that stimulates and enables trade-led growth.

In particular, harmonized and predictable Customs valuation rules are essential to smooth trade flows. The stark reality is that deviations from internationally agreed rules and regulations exist and can have a major negative effect on global trade and economic growth. In this regard, ICC is highly concerned by the growing problems caused by the misuse of valuation databases, and the application of prohibited valuation methods generally known as “reference pricing”.

Many of the countries that use databases and apply reference pricing are developing or emerging economies with a large informal sector often characterized by a lack of reliable documentation. The global business community is, to be sure, mindful that Customs duties and border taxes are an important source of revenue for governments – and, moreover, that developing countries are often faced with limited administrative and technical resources. In this context, ICC fully acknowledges that Customs valuation databases may serve as a helpful risk assessment tool for Customs administrations.

However, ICC believes that this should not be a pretext for countries to apply Customs valuation practices that involve reference pricing in violation of internationally agreed standards laid down in the World Trade Organization’s (WTO) Customs Valuation Agreement (CVA), which is administered by the WCO. The reality is that the misuse of Customs valuation databases to set reference or minimum prices potentially undermines the functioning of the CVA – and in doing so, potentially places a major brake on trade as well as inward investment opportunities.

ICC members report that they are confronted by an increasing number of countries applying Customs valuation databases in an inappropriate way. To take just one example: “country x” is reported to apply its Customs valuation database to set reference prices by comparing the import price against a historical price on the same product or similar products. Any variance over 10% might trigger Customs to automatically challenge the price, which leads to a burdensome task in defending the pricing – resulting in delays and high trade costs.

ICC’s recent statement, “The Misuse of Customs Valuation Databases,” sets out a range of other real-world examples which illustrate how the inappropriate use of Customs valuation databases to set reference or minimum prices leads to delays in the clearance of goods, administratively burdensome procedures, and higher trade costs. All this is bad for business, bad for growth – and, what’s more, bad for government revenue.

When talking about the utility of Customs valuation databases, it is important to emphasize that there are legitimate business reasons why prices for the same goods may vary. There are many commercial pricing practices applied by cross-border traders that may result in a lower declared value than indicated by Customs valuation databases. These may range from goods which are imported at discounted prices, through to differences in intra-portfolio pricing and duty free channels.

The misuse of Customs databases is clearly of growing concern to many of the businesses I speak to each week throughout our global network covering more than 130 countries. That is why we are keen to work with governments and Customs authorities to ensure that national practices align with international standards.

It is our view that partnerships with the legitimate trade community should be a source for developing mutually beneficial programmes. That’s why we believe that countries should create an environment in which formal traders – that we would define as those traders that can provide authentic transactional documents to support the Customs entry – are given an opportunity to import unhampered by the constraints applied to the informal sector.

The new ICC statement sets out seven additional recommendations to help address the misuse of Customs databases: we hope that governments – and WCO delegates in particular – will be ready to engage with us on these recommendations in the months ahead. As the UN’s new development agenda emphasizes, we all have an interest in getting our approach to trade right.