Statistics have shown that criminals are increasingly active in seeking out and exploiting the vulnerabilities of air travel to illegally smuggle dangerous, prohibited and restricted items by air. The WCO Illicit Trade Report 2019 reveals that “in 2018, 126 countries submitted 45,497 drug trafficking cases to the WCO…trafficking through the mail and by air were the second and third most prevalent means of conveyance”.

With the unprecedented COVID-19 pandemic, social distancing is required and manual inspections by Customs officials may be not only undesirable but also unacceptable, posing a great danger of infection to travellers and officials alike. In this context Customs should, more than ever, leverage non-intrusive inspection equipment and automatic detection.

One area where processes need to be improved is baggage inspection on arrival. Indeed, in many countries baggage does not systematically undergo much-needed scanning on arrival. Some countries lacking the requisite equipment rely solely on physical inspection. As a result, only a small fraction of baggage on arrival can be inspected and, depending on the personal judgement of the onsite officers, inspections may at times be random and inconsistent. 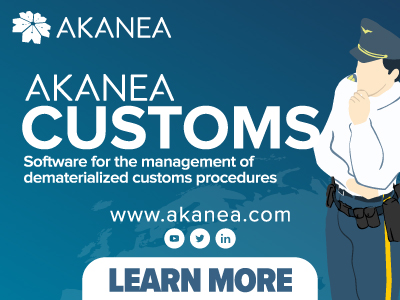 In countries where scanning equipment is available, one solution would be for Customs authorities to increase the inspection ratio for inbound travellers and their belongings. However, frequent screening with traditional standalone X-ray scanners can sometimes be inconvenient, stressful and even upsetting for travellers, especially for people with special needs such as senior citizens, disabled travellers or families. Long queues for clearance create bottlenecks in the journey, posing operational challenges while straining Customs’ human resources at peak hours. Last but not least, in the context of the unprecedented COVID-19 pandemic, the traditional way of screening can be harmful and risky when social distancing is difficult to observe and physical contacts are impossible to avoid.

How to balance security control and facilitation in a restricted space is a vital question to be answered by airport Customs. In order to help them reinvent their control approach in such an environment, innovative technologies need to be utilized. Recently the world has witnessed a rapid change in technology advances with the emergence of high-speed 3D computer tomography (CT) scanners, big data analytic tools, connected objects able to collect and transfer data over a network (IoT), automated devices, artificial intelligence systems, etc., offering new possibilities to address and overcome the challenges in a proactive manner.

The game-changer here will be developments in scanning technology and automated detection. Some pioneer Customs in Asia have adopted a 100% screening solution to creatively redesign and renovate the current baggage control process at airports. They have integrated the X-ray or CT scanners into the conveyor system, enabling 100% of baggage to be screened “backstage” during the baggage moving process. Given that time is a major constraint in the airport environment, the scanner results need to be analysed rapidly, which might be a challenge without the use of automatic detection. Scanners fitted with object recognition solutions can now be utilized to automatically detect contraband and illicit substances. In this way, scanning is shifted upstream from the exit gate to the baggage conveyance area and the process is fully automatic and consistent, as well as being invisible and non-intrusive for most compliant travellers.

For those baggages with undeclared goods or suspicious concealment, CT scanners automatically send out alerts to trigger further action. Suspect bags are tagged with RFID labels or configured with an E-seal along the line for later interdiction. In the baggage reclaim area, the Customs officer can use a handheld tablet with a reader applet to pinpoint the suspicious bags to enable more targeted Customs control. By retrieving the associated screen images with the suspicious areas marked up, officers can locate and guide the suspicious baggage for further investigation at the exit. Alternatively, if there are no officers in attendance in the reclaim area, the bag concerned can also be interdicted at the exit by sensors detecting the E-seal or RFID label attached to it, prompting Customs officers to initiate further interrogation.

In a word, a significant step forward in technology lays the groundwork for a more balanced, risk-based airport Customs control solution. Detection capability, enabled by advanced screening technologies can speed up and reinforce Customs control, improving security, convenience and cost-effectiveness in border management.

100% Customs control en-route delivers a variety of benefits. For Customs, it increases revenue collection by interdicting more taxable goods, as well as boosting security protection against prohibited and restricted items in order to better serve and guard national borders. It also drives operational efficiency with the highly automated inline process, while helping Customs to better optimize their human resource allocation and providing added flexibility and adaptability at times of special need.

For airports, this hassle-free control process can also help deliver happy experiences to travellers and enhance the competitiveness of an airport to help it stay ahead of its peers. For most low-risk travellers, streamlined processing cuts out almost half the time required for Customs clearance, and improves the experience by eliminating the need to load and unload bags on the scanner belt.

A Case in Asia

In 2019, Thailand Customs adopted a powerful and scalable smart Customs control solution, made up of advanced technologies and a networking platform, in order to renovate and modernize its inbound traveller controls at aviation gateways, including Suvarnabhumi international and other airports.

At Suvarnabhumi airport, 23 AI-powered X-ray scanners are integrated with legacy conveyor lanes in the baggage loading area. The scanning speed has been adapted to match the belt speed of 0.6m/s, which allows for 100% screening without compromising throughput, while minimizing changes to the existing infrastructure. Forty RFID tag printers work with X-ray scanners to attach tags to suspicious baggage.

After being unloaded from the airplane hold, inbound bags are placed on one of the baggage conveyor belts and go through one of the X-ray scanners before being routed to one of the reclaim carousels. The scanned images are sent to the next available Customs officer in a central processing room. If any suspicious items are detected on the image, an RFID tag will be attached to the bag; the tag can only be removed after officers confirm and clear it next to one of the airport exits. Messages are pushed to the Customs officers by the system, alerting them to the need for further inspection at the time when the baggage is labelled, is loaded onto the baggage carousel, or is approaching the Customs control lanes. The officers can then use more advanced CT technology to recheck bags that have RFID tags and further resolve alert cases by physical inspection if necessary.

Dozens of RFID sensors have been deployed in a distributed manner, spread around the toilet and baggage reclaim areas, as well as the Customs control lanes. It would be impossible for bags which have been marked as suspicious to evade the scrutiny of Customs officials.

The smart Customs control solution enables 100% scanning of inbound travellers at Suvarnabhumi airport without causing any inconvenience to their journey, and sometimes even goes unnoticed by travellers.

Looking into the future, it is possible that Customs could directly visualize, during a physical control, not only the image of the scanned baggage but also passenger specific information, through a data exchange mechanism with airlines. Customs could capture, for example, the information from the luggage tag, the Passenger Name Record, the ticket information and biographic details in travel documents.

They could visualize this information through Augmented Reality wearable glasses. The system would then alert onsite officers when a traveller carrying suspect baggage is approaching the Customs lanes. Officers would be able to access the traveller’s information simultaneously, and make an informed decision efficiently.
The implementation of such processes and devices may present challenges, but technology advances in the modern world are leading Customs towards a future for the effective control of inbound travellers which will be fast, friendly and flexible.