The ozone layer, which lies in the atmosphere high above our heads, is vital for protecting human health and the environment from dangerous ultraviolet radiation reaching the earth’s surface. Without it, life on earth could not exist. Depletion of this thin layer of gas is caused by the emission of man-made ozone depleting substances (ODS) such as chlorofluorocarbons (CFCs) and hydrofluorocarbons (HCFCs) used primarily in refrigeration and air-conditioning as well as in the production of foams.

In October 2019, there were many optimistic media reports that the hole in the ozone layer, which forms every year over the Antarctic, was at its smallest on record. This was certainly welcome news, but does not indicate that the ozone layer has yet recovered. The small size of the ozone hole at this time was due to the somewhat abnormally warmer temperatures in the upper atmosphere, which prevented the usual development of the ozone hole. Nevertheless, the ozone layer is repairing itself, albeit slowly, with complete recovery expected in the latter part of this century. 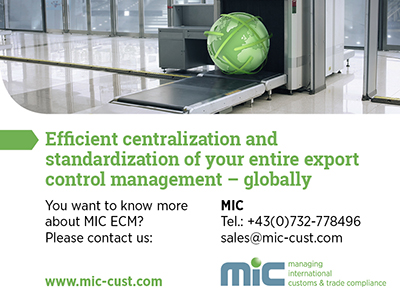 This environmental success story is testament to the achievements of the Montreal Protocol on Substances that Deplete the Ozone Layer, under which nations of the world have phased-out 99% of ODS. One may conclude, therefore, that a global environmental catastrophe has been averted and it is now just a case of waiting. However, the reality is more disquieting. Many of the alternatives to CFCs and HCFCs, while not ozone depleting, can have very high global warming potential – some are almost 15,000 times more powerful at warming the atmosphere than carbon dioxide.

Thankfully, in January 2019, the Kigali Amendment to the Montreal Protocol entered into force. This historic amendment has now brought hydrofluorocarbons (HFCs), the main alternatives to CFCs and HCFCs, under the purview of the Protocol, committing countries to phase-down the production and consumption of these chemicals according to agreed schedules. Through this amendment, the Montreal Protocol is set to achieve a significant goal, i.e. contributing to combating climate change by avoiding up to a 0.4 °C global temperature rise by the end of the century.

Indeed, by controlling the trade in these chemicals, and in doing so ensuring that the provisions of the Montreal Protocol are respected, is one of the best examples of Customs officers’ contribution, among others, to environmental protection and the well-being of humanity. To ensure the continued success of the Protocol, Customs is required to facilitate legal trade and to prevent illegal trade.

The smuggling of CFCs, HCFCs and other ODS has been a significant problem since the entry into force of the Montreal Protocol, and there is currently growing evidence of the illegal production of CFCs, which should have been completely phased-out a decade ago. In addition, and arguably more importantly, Customs plays an indispensable role in the monitoring and reporting of detailed import and export data on which a country’s compliance with their commitments under the Protocol is based. Customs is, therefore, at the front line of the enforcement of national regulations related to this important Protocol.

With the Kigali Amendment and what some refer to as the ‘next chapter’ of the Montreal Protocol, Customs officers will again be called upon to fill an essential role in monitoring and controlling the trade in HFCs. But to do so, they need national nomenclatures that differentiate between the most common HFCs and refrigerant mixtures using the HS.

In the above regard, without these national HS codes, it will be a great challenge for countries to enforce the import and export licencing system for HFCs that each country that is party to the Kigali Amendment should have put in place by 1 January 2019 (or two years later if required). Likewise, it will be very difficult to calculate the consumption of these substances, given that in the context of the Montreal Protocol, ‘consumption’ is calculated from data on imports and exports as well as any production and destruction of HFCs.

It is of utmost importance for Customs administrations that have not yet created HS codes for HFCs in their national nomenclature to look into this issue urgently and implement the WCO recommendation. OzonAction – a branch of the United Nations Environment Programme (UNEP) – and the WCO have published an information brief on the subject, in which detailed guidance on how to handle the matter is provided.

As a matter of fact, for many years, both organizations have been working closely together in developing and deploying innovative information material and training tools, in setting up enforcement operations, and in designing intelligence-sharing exercises, all aimed at facilitating the legal trade in ODS while preventing any illicit trade.

One of OzonAction’s latest workshops took place in Uganda, where National Ozone Officers and Customs officials from countries of the East African region discussed the overall challenges in the region as well as best practices in ODS trade controls. The meeting also enabled these countries, in a confidential setting, to examine their import and export statistics, compare them with those of their trading partners, and explore any differences in reported data.

During the above-mentioned workshop, practical exercises were conducted on refrigerant identifiers. These identifiers are a very useful tool to assist Customs officers in identifying the ever-increasing range of refrigerants being traded. UNEP provides such identifiers to more than 100 countries through the Montreal Protocol projects it implements, and provides training and materials, including videos, on their use as well as more general guidance on options for dealing with seized consignments of refrigerants.

A demonstration of OzonAction’s smartphone applications also took place. The applications include WhatGas?, a searchable database that allows to quickly find information on ODS, including trade names and related control measures.

Customs administrations interested in such a workshop or in need of further guidance may contact either the WCO Secretariat or OzonAction, as both stand ready to fully support Customs officers around the globe in ensuring the continued success of the Montreal Protocol both for the protection of the ozone layer and the prevention of any further global warming of the planet.