By the Tariff and Trade Affairs Directorate, WCO Secretariat

How the Harmonized System supports a safer, greener world by specifying goods of environmental concern or interest.

Dragons and other mythological beasts were used to illustrate uncharted and potentially dangerous areas on some medieval maps. In regard to goods that pose environmental risks, there are Harmonized System (HS) provisions that could rightly bear dragon illustrations.

These are provisions where goods of concern are subsumed within a broader group of goods in the same classification. The goods of potential concern are effectively “uncharted,” hidden as an unknown quantity within the broader class of goods with which they share a classification. Lack of visibility makes monitoring and control of the legitimate trade in such goods far more problematic. This also affects environmentally-preferable goods. The options for providing import and export incentives for goods that offer environmentally better alternatives are constrained if the goods cannot be readily identified on border declarations.

To address this problem, the flow of goods of concern or of interest need to be made clearly visible to the authorities, statisticians, and policy makers. So, what has the WCO[1] been doing to make both goods with environmental risks and environmentally-preferable goods visible in trade? Actually, it has been doing a great deal of work on this. 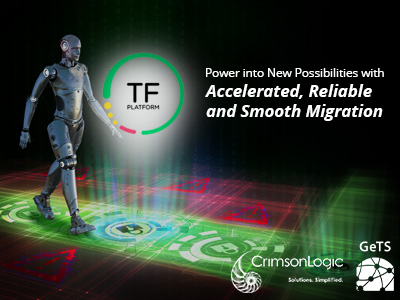 In every new edition of the HS, there are changes designed to make it simpler for administrations to monitor and control the trade in goods posing an environmental risk. For example, goods newly controlled under the Rotterdam Convention on the Prior Informed Consent Procedure for Certain Hazardous Chemicals and Pesticides in International Trade and the Stockholm Convention on Persistent Organic Pollutants (POPs) are normally added as specified goods to the next edition of the HS.

Goods which require monitoring for environmental sustainability purposes, or because they pose environmental risks are, therefore, frequently added to the HS. However, the development of HS 2022 went much further than previous editions in regard to the environment: environmental concerns were a major focus and one of the foremost drivers for its change agenda. HS 2022 is the ‘greenest’ HS to date. Indeed, one article is insufficient to go through all of the environment-related changes in this important new edition, so this article outlines just a few of the changes that will come into force on 1 January 2022.

Perhaps one of the most dramatic is the creation of an entirely new set of provisions for waste generated from electrical and electronic equipment, also known as “e-waste.” This is one of the fastest-growing categories of waste and, as electronic products can contain substances that are hazardous to human health and the environment, one that poses highly significant dangers, particularly where there are no formal systems in place to recycle and dispose of old devices. But, as key materials can be recovered from some of these devices, e-waste can have considerable economic value, making it a commodity that travels both in legitimate and illicit trade streams.

Of this large commodity stream, only the waste and scrap of accumulators and batteries is currently classified separately in the current version of the HS. The vast majority of the approximately 50 million tons of such waste and scrap produced last year has no dedicated classification, and can cross borders under various codes. This not only makes it extremely difficult to measure the volume of trade in these goods in or out of countries, but also makes it far more difficult to successfully implement controls or regulations to reduce the exposure of countries to hazards, or to more safely realize the economic benefits from recovery operations.

This situation was highly concerning for the work that had to be done under the Basel Convention on the Control of Transboundary Movements of Hazardous Wastes and their Disposal, so the Parties to the Convention, through the Basel Convention’s Secretariat, presented the original proposal to add such wastes to the HS. As waste is a difficult commodity to define, many years of work followed within the HS Committee, the Review Sub-Committee, WCO Member administrations, and the WCO and Basel Secretariats to develop a workable solution.

The new measures will help to bring the legitimate trade in these goods more clearly into view, making necessary controls easier. While the HS is primarily concerned with legal trade, having a separate classification will also open the prospect of new additional offences for the prosecution of illicit trade, given that attempts to avoid declaration and detection will require the misclassification of such goods.

Another of the major changes is the provision of new subheadings for goods falling under the Kigali Amendment to the Montreal Protocol on Substances that Deplete the Ozone Layer. This was again an occasion where WCO Members carried out extensive additional work on the HS in order to facilitate work under the Montreal Protocol. It was realized that while the Kigali Amendment named various gases as falling under its provisions, these gases are normally imported as mixes. So, in addition to the new subheadings under heading 29.03, a new Note 4 to Section VI and new heading 38.27 were created, providing specific provisions for mixes containing gases that fell under the Montreal Protocol.

The work in relation to the Montreal Protocol is also one of the best examples of the WCO Council’s commitment to HS support for its Members’ work on environmental issues. Provisions related to this Protocol are already reflected in the HS, but new commitments may come into force before a new edition of the HS can be released. So, to help its Members bridge the gap between the commencement of obligations under the Montreal Protocol and the implementation of the next HS edition, the WCO Council released Recommendations in 1995, 2011 and, most recently, in 2019 on the “insertion in national statistical nomenclatures of subheadings to facilitate the collection and comparison of data on the international movement of substances controlled by virtue of amendments to the Montreal Protocol on Substances that deplete the Ozone Layer.”

While waste and Montreal Protocol substances are two of the examples of work on goods of concern, there are also extensive changes in HS 2022 for environmentally-preferable goods. Some are the result of ad hoc requests, such as the new provision for catalytic converters and particulate filters for motor vehicles, while others result from the close cooperation established over the years with specific organizations in the framework of the HS updating process.

The International Renewable Energy Agency (IRENA) and the International Network for Bamboo and Rattan (INBAR) are examples of just two of the organizations that have been working closely within the HS change process over multiple editions to promote the visibility of both environmentally-preferable technologies, such as LEDs for lighting, or of products of materials that are capable of being produced more sustainably than those that they replace, such as bamboo. This work has continued, resulting in HS 2022 including several new subheadings in relation thereto.

International trade policies for sustainable development set up objectives, and their monitoring requires the availability of good quality, detailed trade data. An example of ongoing cooperation in the updating of the HS to provide such data is the work being done with the Food and Agriculture Organization of the United Nations (FAO). The need to monitor trade against concerns around the depletion of natural resources and threats to food security is an ongoing source of amendments to highlight how much trade is occurring in vulnerable or regionally important food and wood products.

This is, of course, only a brief mention of some of the changes for HS 2022. The full set of amendments in the Recommendation for HS 2022 is on the WCO website at [add link], where the changes may be examined in full.

The role of the HS in supporting the work of implementing environmental controls at the border, including those aimed at protecting human health and safety, is taken very seriously, and the WCO is proud of its work in this regard.

So, while HS 2022 is a major step forward, the work continues and the WCO has already started negotiations on HS 2027. Work relating to the new cycle has already begun in the Harmonized System Review Sub-Committee, including on environmentally-preferable goods, and important proposals on goods of environmental concern are in active preparation in other intergovernmental agencies.

Now is the time for WCO Members to look at what they need from the HS to facilitate their environmental commitments. Together we can reduce our unknowns, by bringing both goods of concern and goods that work for the environment into greater visibility in trade flows.