By the Secretariat of the Basel Convention

There is a long-standing concern that trade flows in hazardous and other wastes could lead to negative impacts on human health and the environment if such wastes end up in countries without capacities for their proper management. On the other hand, trade in waste is sometimes a necessity for countries not having the necessary infrastructure to manage their own wastes in an environmentally sound manner. Waste can also be a resource that can reduce the use of virgin materials and generate energy and a global market for (non‑hazardous) waste materials has emerged. This article looks at the latest developments in the international rules managing the transboundary movement of wastes, and highlights some implementation challenges.

Parties to the Convention are required to strictly control international waste trade that does occur, doing this via a notification and consent procedure known as “prior informed consent” (PIC), which is operationalized through government-designated “competent authorities.” The Convention also obliges its Parties to ensure that such wastes are managed and disposed of in an environmentally sound manner, that quantities being transported are minimized, that treatment and disposal of wastes is done as close as possible to their place of generation, and that the generation of wastes is prevented and minimized at source.

Control of this international trade must also be seen as part of efforts to minimize the generation of wastes and to ensure their environmentally sound management. These are noble aims that directly contribute to a healthier planet, both now and in the future. 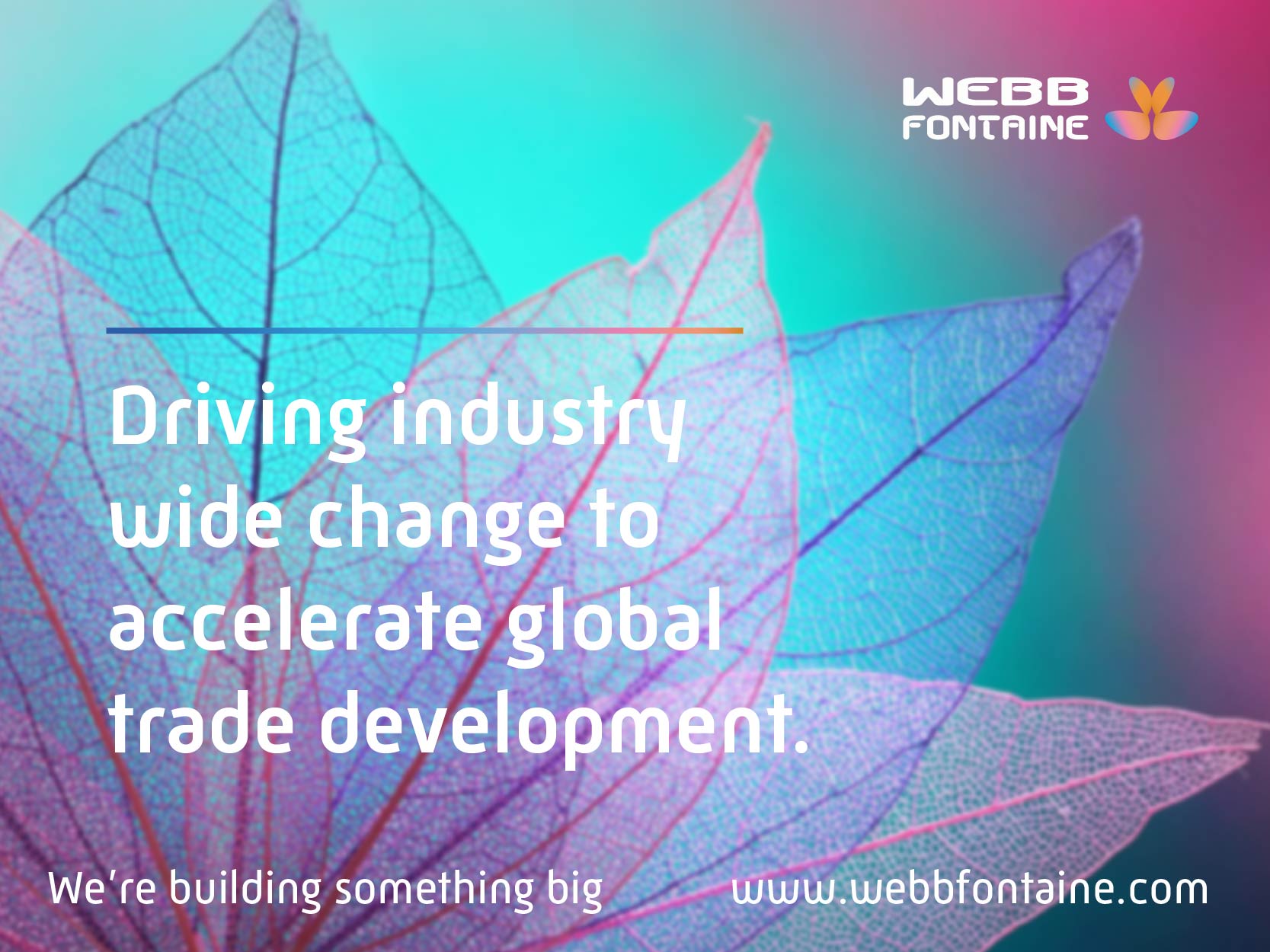 In May 2019, the Conference of the Parties to the Basel Convention, the Convention’s decision-making body, adopted numerous decisions. They include the adoption of the Plastic Wastes Amendments, which aim at placing greater controls on the transboundary movements of plastic wastes by bringing additional types of plastics under the Basel control procedure.

As a result, as of 1 January 2021, the export and import of a broader range of plastic wastes will be subject to the PIC procedure. This means that the governments of exporting Parties will have to provide documentation to the governments of transit and destination countries on the intended movement of these wastes, and confirming that the waste in question will be managed in an environmentally sound manner. The movement can take place only upon receipt of consent from concerned countries of import and transit.

At that same meeting, a Plastic Waste Partnership was established under the Basel Convention to mobilize business, government, academic and civil society resources, interests and expertise to improve and promote the environmentally sound management of plastic waste at the global, regional and national levels, and to prevent and minimize its generation. Equally important was the launch of technical work that will provide countries and other stakeholders with the necessary guidance on how to develop an inventory of plastic wastes and on how to manage this waste stream without harming human health and the environment. Once adopted by the Conference of the Parties, this instrument will constitute authoritative guidance at the global level.

In addition to these important decisions, another significant development is the entry into force of the Ban Amendment on 5 December 2019. This Amendment requires Parties from the Organisation for Economic Co-operation and Development (OECD) and the European Union, as well as Liechtenstein, which have ratified the Ban Amendment, to prohibit transboundary movements of hazardous wastes, for final disposal, or for reuse, recycling or recovery operations in other countries.

The Amendment does not affect shipments of “other wastes” under the Convention, which currently includes household wastes and ashes from incineration, but will include a broader range of plastic wastes as of 21 January 2021 pursuant to the Plastic Wastes Amendments.

The entry into force of the Ban Amendment bears significant political weight as a flagship of international efforts to ensure that those countries with the capacity to manage their hazardous wastes in an environmentally sound manner take responsibility for them, while allowing Parties wishing to do so to receive wastes required as raw materials for recycling or recovery industries.

The adoption of the Plastic Wastes Amendments and the entry into force of the Ban Amendment are milestones in the life of the Convention. They illustrate the success of the Basel Convention in bringing the international community together with the aim of tackling some of the most urgent global pollution challenges the world is facing.

As with most of the existing Multilateral Environmental Agreements (MEAs), implementation of the Basel Convention requires, among other things, the establishment of an appropriate legal framework at the national level as well as enforcement of their obligations by Parties to the Convention. All the actors involved in this global trade, namely the Basel Convention competent authorities and the stakeholders involved in a transboundary movement (e.g., waste generator transporter and disposer), need to be aware of the requirements as set out by this global treaty and reflected in their national legal framework. When it comes to enforcement authorities, they should be trained, establish proper information-sharing and cooperation mechanisms, focus not only on import, but also export and transit control, and have access to laboratories as well as to appropriate storage and disposal sites. Corruption is, of course, also a reality that poses a separate challenge.

WHAT IS ILLEGAL TRAFFIC?

Any transboundary movements of wastes:

The environmentally sound management of wastes covered under the Convention also has its own specificities and implementation challenges. First of all, the definition and classification of waste, scrap and secondary materials can be different from country to country. The Convention specifies hazardous waste categories, however and as mentioned above, Parties can define additional waste types as hazardous under their national legislation, and introduce requirements concerning transboundary movement procedures applicable to those wastes. The distinction between end-of-life products, non-hazardous waste, and secondary raw materials may not be the same across different jurisdictions and, thus, not subject to further scrutiny. A striking example is the management of end-of-life equipment; it is the fastest growing waste stream, representing a huge problem in many developing countries. And one of the reasons this trade is happening is partly because the export of this waste can be disguised as functional equipment, thus circumventing the application of the Basel Convention procedures.

Moreover, a major hurdle for Customs services is to identify, based on the Harmonized System (HS) code, whether a good destined for export or import, could be a waste. This is further complicated by the fact that the HS focuses on the nature, composition and physical properties of a good in order to classify it, while the Basel Convention focuses on the intention to discard when defining waste, i.e. “substances or objects which are disposed of or are intended to be disposed of or are required to be disposed of by the provisions of national law.”

The Conference of Parties to the Basel Convention has underscored the importance of establishing, wherever possible, a one-to-one relationship between the Basel waste codes and the Harmonized System (HS) by defining specific codes in the HS for several waste streams covered by the Basel Convention, thus drawing a line between waste and non-waste.

Of particular note, the 2022 edition of the HS includes specific provisions for the classification of e-waste to assist countries in carrying out their work and obligations under the Basel Convention. As for plastic waste, the HS provisions have remained unchanged over time. Two of the most commonly used polymers, PE and PP, do not have harmonized trade codes. However, in 2019 the Conference of Parties requested the Basel Convention Secretariat to submit to the WCO a proposal to specifically identify the several types of wastes, including plastic waste, in the HS nomenclature.

Other challenges include handling and safety procedures when it comes to dealing with hazardous wastes, complexity with implementation of the take back procedure in a case of illegal traffic linked to the initial detection of suspicious shipments, gathering evidence, and in preparing a case for prosecution. The overall implementation challenge is the lack of cooperation among relevant entities in the enforcement chain, as the enforcement of the Basel Convention requires effective cooperation between Basel Convention competent authorities, Customs, and law enforcement authorities.

Fourteen regional centres for training and technology transfers related to the management of hazardous wastes and other wastes and the minimization of their generation have been established to support the implementation of the Convention. They carry out training and capacity building activities in each of the regions where they are located, including for Customs officers, and complement the activities deployed directly by the Secretariat of the Basel Convention.

Capacity building activities include, among others, strengthening legal frameworks, enhancing trade control measures, and preventing and controlling illegal traffic. For example, in Bangladesh and Ghana, as part of a current project on “Promoting the environmentally sound management of plastic wastes and achieving the prevention and minimization of the generation of plastic wastes,” specific training is delivered to Customs and law enforcement authorities. Similar training workshops focusing on plastic waste will be organized by the regional centres in other countries during 2021 and 2022.

Illegal traffic and dumping of wastes not only pose a serious threat to human health and the natural environment, they also have a potentially adverse impact on the enjoyment of human rights and fundamental freedoms, like the UN High Commissioner for Human Rights explained[1],  “including the rights to life, health, safe and healthy working conditions, adequate food, safe drinking water, access to information, public participation, and other human rights enshrined in the Universal Declaration of Human Rights and international and regional human rights treaties.”

The high uptake of the Basel Convention by countries clearly shows that the subject matter has global support. However, as the results of the recent WCO survey on MEAs show, more needs to be done to effectively implement the enforcement pillar of the Convention, thereby preventing the illegal traffic of wastes.

[1] Adverse Effects of the Illicit Movement and Dumping of Toxic and Dangerous Products and Wastes on the Enjoyment of Human Rights, https://www2.ohchr.org/english/issues/environment/waste/docs/StefanoSensiPresentation.pdf