As billions of dollars are lost each year to trade fraud, and Covid-19 is pressuring economies around the globe, it is imperative that governments understand how software and data can be used to target trade crime. Having spent years working on this topic, I would like in this article to share some of my views.

My story started in 1992 at Customs Headquarters in Washington, DC. There, in the fifth-floor Fraud Division, I met Senior Special Agent Lou Bock, a man who had a deep understanding of how to use data to target trade fraud and money laundering. As I got to know his work better, I began to see him as a visionary, a rare expert who could relate shades of crime to trade and financial documents. Based on his ideas I wrote and shared a commercial off-the-shelf software system in a joint venture between the U.S. Customs Service and dozens of other countries. With the help of trade-based money laundering expert John Cassara the system gained support from the U.S. Congress, the Department of Treasury, and the Department of State, and we became the foundation of the Trade Transparency Unit (TTU) programme established in 2004.

As explained in an article published in the June 2015 edition of WCO News, “the guiding premise of the TTU is that governments on both sides of trade transactions must be able to compare and analyse trade data to identify anomalies in a trade transaction”. 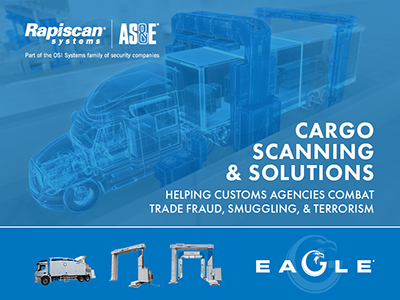 The backbone of the TTU programme was two-fold:

Thanks to the software and methodologies developed, the various TTUs established in the countries participating in the data exchange system achieved remarkable successes. But even without the direct sharing of country-proprietary sensitive data, it is today possible for countries to identify problem areas (haystacks), specific individuals (needles), or both. The analysis of official and open-source data related to import/exports, trade movements, bank suspicious activity reports, cash transaction reports and currency reporting forms has been proven to provide good results. Criminals lie, but they do not necessarily lie consistently. There are reasons why someone might lie on one type of document but not on another. There are reasons why someone might tell different lies to different governments.  Analytics tools help find and untangle the web of lies. They can be used effectively by investigators to research leads from the field, but the real magic comes from agents and analysts teasing out patterns of suspicious behaviour and generating leads from the data itself.

The tool which the TTUs used presented data through graphs and grids. Drilldown buttons appeared when hovering over the visuals, enabling analysts to explore data in more depth to reveal additional details. These drilldown buttons were the core of the system. They represented the “who-what-where-when” of law enforcement. By clicking on the drilldown buttons analysts were asking the core questions of a Customs criminal investigator: Who are we dealing with? What commodities were involved? Where were the goods coming from and where were they going? When did this take place?

Drilldown buttons are like controls for an elevator. You start your analysis by stepping into the elevator. Drilldown buttons, which filter the data, take you to different floors of a building. When you get to a floor you are interested in, you can get out of the elevator and have a look around. You do this by clicking on the analytic buttons. For example, by clicking on the analytic button labelled UP, which stands for Unit Price, you find information on the declared value of the goods. You can also get out of the elevator and jump to another building (document) based on your drilldown. Analytic features include discrepancy charts, which summarize the conflicts between different record sources and indicate the source for each conflicting piece of data, and also identity disambiguation.

Customs analysts specifically assigned to detect trade anomalies using trade data utilized the tool to unveil various tax evasion schemes by looking at unit prices. One such scheme, reported in the Wall Street Journal[1], turned out to be a $100 million case. The Customs analysts at the origin of the investigation were examining liquorice imports from Taiwan with a declared value over one hundred times what it should have been. All the suspicious imports were tied to an importer of herbal and health products based out of California. Further analysis showed that all the overvalued liquorice importations – even those not directly linked to the importer – were tied to the same company. In another case of overvaluation, it was found that the government of Argentina had paid $130 million in unjustified export incentives to companies there[2].

There was also a Guyanese gold case in which Guyanese gold was illegally brought to the United States in a way that circumvented Guyana’s tax laws. According to news reports, approximately 100,000 ounces of gold per year were smuggled for a decade, depriving Guyana of roughly $300 million in revenue. The smuggling scheme was not discovered in the field but, rather, by the trade data analysts. More specifically, it was the unit price analysis which subsequently led government officials to expose the smuggling operation.

Making analytics work for all

As stated above, while the possibility of connecting the import and export sides of trade transactions is an advantage, it is possible today for countries to fight fraud efficiently even without the direct sharing of country-proprietary sensitive data. This requires the willpower to dedicate resources to analysing the data. By establishing a small, well-trained and focused team that is not reassigned at the first budget shortfall, an administration would be able to target fraud and recover huge amounts. There are other prerequisites, of course, such as the implementation of effective anti-corruption measures and the capacity to conduct a proper investigation.

It is important to understand that there is no software-only solution and that, actually, many risk management systems are not particularly effective. The reason is that they are designed and created by IT departments with huge budgets and knowledge of IT but without the expert knowledge of Customs criminal investigators. Likewise, many generic datamining tools will perform well only if they embed deep knowledge of Customs fraud. There is a cultural problem in targeting trade fraud and IT departments need to realize that, without the deep involvement of successful investigators and analysts in the software’s design, the tools they are developing will be of little help.

I believe that software should guide analysts – as they drilldown, as they learn – to tease out otherwise unseen crime in the data. I invite those Customs administrations and data analysts wishing to discuss methodologies and tools further to contact me. I feel strongly about sharing what I learned from my old friend and mentor Lou Bock. His ways of targeting crime yielded impressive results, yet even so we have barely scratched the surface.

[2] The case was reported in the New York Times: “Banker Indicted in Fraud Case Said to Have Bilked Argentina”, 8 March 2000, https://www.nytimes.com/2000/03/08/nyregion/banker-indicted-in-fraud-case-said-to-have-bilked-argentina.html

Mark Laxer is a software engineer and author keen to expose trade fraud and misinformation bubbles.