Together with its “twin”, the Binding Tariff Information (BTI), the BOI instrument is regarded as a major trade facilitation tool as it enables companies to have legal certainty. BOI and BTI are embedded in the provisions of the General Annex to the Revised Kyoto Convention (Standard 9.9) as an optional requirement, and in Article 3 of the WTO Trade Facilitation Agreement as a mandatory requirement.

In the European Union, a BOI decision issued by one Customs administration is binding on the Customs authorities of all EU Member States, regardless of where it was issued. Applications should be made in writing to the competent authorities in the EU country in which a company is established, or in which it intends to use the decision. The application must always relate to an intended use of the Binding Origin Information decision. Furthermore, the application must concern only one type of goods, and specific origin-determining circumstances.

During the WCO’s Second Global Origin Conference, it was highlighted that companies in the European Union rarely make use of the instrument, except in one of the EU Member States: Germany. In this article, we will try to identify the possible reasons for this; but first, let’s look briefly at how German Customs manages BOI requests. 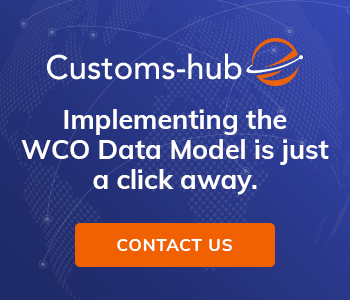 German Customs issued 1,239 Binding Origin Information decisions in 2020. This number has remained around the same level over the past few years. The vast majority of decisions were related to the application and interpretation of a product-specific rule of origin under one of the European Union’s preferential arrangements. A small proportion concerned non-preferential origin rules for the importation of goods.

In Germany, all binding information decisions are issued by the Hauptzollamt Hannover,   i.e., Hanover Main Customs Office. BOI and BTI are handled by two different teams who check whether the application contains all the necessary information and meets the legal requirements to be considered admissible. Applications must be submitted in paper, preferably using the sample form provided by the Administration on its website. Once an application has been deemed admissible, German Customs notifies the applicant, indicating the start date of the processing period so that the applicant can have an idea of the latest date by which a decision will be made regarding the application. Although the Customs authority has 120 days to issue a decision, in practice the Administration strives to respond as promptly as possible. No fees are levied for this work. It should be noted that an electronic system is currently being developed to enable operators to submit their applications electronically.

There is no empirical evidence that explains why BOI is used more in Germany than elsewhere in the EU, so this can only be speculated upon. Like most of its counterparts, German Customs gives detailed information on its website about how to apply for and use BOI. The website lists the e-mail addresses, telephone and fax numbers of the section in charge of BOI at Hanover Main Customs Office.

One interesting fact is that when they are dealing with complex transactions and are disputing an origin claim, all Customs offices in Germany are told to advise the economic operators involved in the litigation to request a Binding Origin Information decision for future transactions.

Another possible reason is two-fold:

The origin of goods often has a decisive influence on the business decision to conclude a purchase transaction with an exporter located in a non-EU country, or when evaluating the costs of a multi-stage manufacturing process. Both non-preferential and preferential rules of origin can be complex, and some provisions can leave room for interpretation. The latter may even differ depending on the free trade agreement concerned.

Having certainty as to the origin of goods is also critical for exporters. German suppliers may have to contractually guarantee the origin of their goods to their customers, or provide them with details of the preferential originating status of their goods in what is called a supplier’s declaration. Great care must be taken when issuing such a declaration, because issuing an incorrect declaration constitutes a regulatory offence that may be subject to a fine. Moreover the issuers of supplier’s declarations, and exporters in general, may find themselves facing recourse claims from their customers if it turns out that German Customs, after conducting a verification at the request of the importing country, concludes that the goods did not qualify for preferential treatment.

Holding a Binding Origin Information decision can represent a significant competitive advantage in international trade, and we believe that many German economic operators have understood this.