Dossier: E-Commerce
Other articles in this Edition >>

The growth of e-commerce  presents many challenges. Although e-commerce shipments pose the same health, safety, and economic security risks as containerized shipments, United States Customs and Border Protection (CBP) lacks full visibility into the e-commerce supply chain due to the complex and dynamic nature of the industry. The overwhelming volume of small packages also makes it difficult for CBP to identify and interdict packages presenting high risk. Further, vague and inaccurate electronic data provided by certain trade entities poses a significant challenge when CBP is targeting shipments.

In order to address these challenges, CBP’s E-Commerce Branch has been focusing its effort to improve trade risk management by working closely with the trade community. In 2019, CBP convened an E-Commerce Task Force (ETF) of industry participants covering all aspects of e-commerce to identify more accurately the nature and origin of Section 321 shipments.

In coordination with the ETF, CBP mapped business models specific to e-commerce, identified parties responsible for the sale and movement of goods, and established which parties had access to and could provide additional data with which to better assess e-commerce risk. This effort to receive advance electronic data to target risk shipments in a more effective and timely manner served as the foundation for two test programs, namely, the Section 321 Data Pilot and the Entry Type 86 Test, which CBP launched in July and September of 2019, respectively. CBP is now looking to formalize the success of these two pilot programs, with the objective of enabling the agency to monitor and protect against illegitimate trade while providing the public with the benefits of duty-free shipments for qualifying imports.

On 23 July 2019, CBP published its intent to conduct a voluntary pilot to collect certain advance data related to shipments potentially eligible for release under Section 321. CBP collaborated with carriers, technology firms, logistics providers and non-traditional CBP partners, such as online marketplaces, to invite them to participate. Pursuant to this pilot, participants transmitted electronically certain data elements pertaining to de minimis shipments to CBP in advance of arrival. The pilot allowed CBP to accept shipment-level information directly from online marketplaces and match it with the information received from traditional carriers. CBP is conducting this pilot for two reasons. The first is to determine the feasibility of requiring advance data from different types of parties. The second is to determine the feasibility of requiring additional data that is generally not required under current regulations in order to effectively identify and target high-risk shipments in the e-commerce environment.

The Section 321 administrative ruling better positions CBP to identify duty evasions and other abuses consistent with current statutory authorities, and helps create a more predictable enforcement environment for trade. Owners or purchasers of a shipment wishing to qualify as the “person” under Section 321 are required to provide their first and last name, or the name of the business. This ruling therefore also provides CBP with important foreign seller information with which to target and interdict counterfeit products, consumer safety violations, and other threats before they enter the U.S. 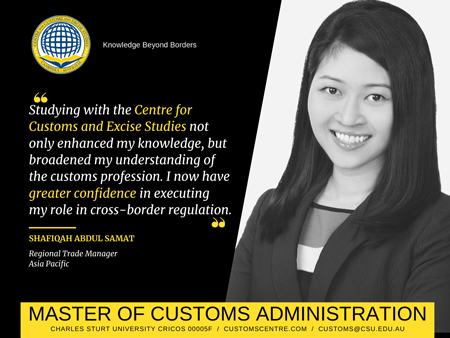 In addition to the Section 321 Data Pilot, in September 2019 CBP also conducted a test of a new entry process for Section 321 shipments, including those subject to Partner Government Agency (PGA) data requirements, which currently cannot be cleared through the Section 321 de minimis entry process. Known as the “Entry Type 86 Test”, it allows Customs brokers and self-filers (an owner or purchaser of a Section 321 low-value shipment) to electronically submit de minimis entries with a limited data set through the Automated Broker Interface, including those entries which are subject to PGA data requirements for clearance but exempted from PGA duties, taxes and fees. Merchandise imported by mail and transported by the United States Postal Service was excluded from the Entry Type 86 Test. This new entry type is intended to improve import safety and security by providing greater visibility into low-value shipments for both CBP and PGAs, while ensuring regulatory requirements are met.

CBP is currently in the process of formalizing the processes established under the Section 321 Data Pilot and Entry Type 86 Test. The new processes which are to be adopted will leverage results and lessons learned from the two pilot programs and sunset both programs.

CBP proposes that the following information must be submitted to CBP by the importer of merchandise or authorized agent of the importer for a shipment to receive clearance:

While administering the two pilot programs, CBP has made significant efforts to engage with the trade community and to inform stakeholders of the Section 321 administrative ruling and its implications. In addition to engaging with the ETF, CBP’s E-commerce Branch and Office of Trade Relations actively connect with the trade community in various fora. For example, CBP holds quarterly public meetings with the Advisory Committee on Commercial Operations (COAC), a group of private sector stakeholders selected to advise the Secretaries of the Department of Treasury and the Department of Homeland Security on the commercial operations of CBP (minutes and documents related to these meetings can be found online[5]). The Branch also participates in numerous webinars and online training events to inform the public of the latest regulations and available resources[6].

[3] Informal entries do not require a posting of a Customs bond and are liquidated at the time of release.