Launched in 2013, the GEOAT enables Customs administrations to self-assess their existing policies and procedures on gender equality, in order to identify areas where improvement may be needed. To advance its equality agenda, the WCO has fine-tuned the GEOAT, aligning it to international practices, with the support of the WCO Virtual Working Group on Gender Equality and Diversity.

New content includes definitions of gender equality and diversity-related concepts, a chapter on how to implement gender mainstreaming through project management, and a list of cross-cutting indicators aimed at supporting the transversal implementation of gender equality in Customs. In addition, the language of the GEOAT has been revised, and additional explanations have been added to highlight that gender equality concerns and benefits everyone. 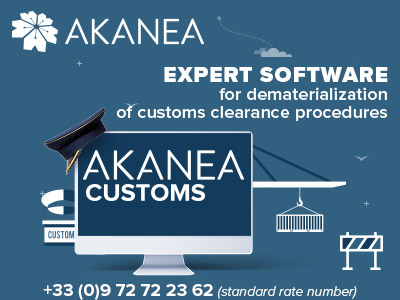 A new e-learning module on “Advancing gender equality in Customs” has been published on the WCO CLiKC! Platform. It is available in both English and French, and has been optimized for small screens and tablets. The module targets all Customs officials, and aims to raise general awareness on gender equality and its links to Customs reform and modernization.

The tool mixes theory and practical exercises. For instance, users are asked to put themselves in the shoes of a hiring manager facing problems with sexual harassment complaints in the workplace or of a manager having to improve the safety and overall performance at a border post.

Funded by the Government of Finland, through the Finland East and Southern Africa Capacity Building Programme, this module forms part of the WCO’s Blended Training Package on gender equality in Customs, which also consists of a five-day workshop targeting senior managers on how to implement gender mainstreaming in Customs.

Another tool in the pipeline

With a long-term objective, a compendium of case studies and best practices that could be used as a complement to the GEOAT is also being developed within the Virtual Working Group, which currently gathers officials from 34 countries. They meet every two months via an online meeting platform to exchange experiences and best practices on gender equality and diversity-related initiatives within Customs.

Some of the topics discussed at these meetings include “Gender Equality and Trade Facilitation,” “How to handle resistance when working with gender equality,” and “How to monitor gender equality policies.” Several case studies have already been collected on ways to promote work-life balance (Australia, Finland, Israel and the Maldives), and on ways to develop communication and awareness-raising initiatives on gender equality in Customs (Indonesia).

A second survey on gender equality and diversity

To get a better overview of the initiatives and practices implemented by its Members, the WCO ran a second survey at the beginning of 2019. The first survey run in 2016 generated 60 replies. This time, the WCO translated the survey into six languages, and has received 93 responses to date. The second survey is more comprehensive: it includes questions, not only related to gender balance, but also work-life balance initiatives, the prevention of sexual harassment, and Customs’ collaboration with women’s business associations.

While the survey responses show great progress in many countries and an increasing interest in gender equality and diversity-related issues, it also demonstrates that more awareness is needed on the benefits that gender equality can bring, both at an organizational level and in terms of sustainable development.

The WCO encourages its Member Customs administrations to make use of the newly developed tools to gain a better understanding of how to improve and further advance gender equality and diversity both within their workforces and vis-à-vis external stakeholders, while also urging them to actively get involved in the work of the Virtual Working Group.