The need to dispose of or destroy goods that infringe intellectual property (IP) rights in an appropriate, environmentally safe manner, in line with the applicable environmental and public health legislation, has been highlighted at various WCO meetings as well as in this magazine.

For many years, a lack of capacity for handling the destruction of such goods properly in Dubai, without any impact on the environment, led the Customs authority to issue decisions to re-export them back to the port of origin. This was generally seen as an unsatisfactory solution for brand owners, as the goods would be exported to other markets or might even be reshipped back to Dubai.

The “re-export” policy was guided by environmental concerns. The volume of suspect goods detained was so massive that the municipal authorities refused to dispose of them in landfills as this would have posed a risk to the environment and to public health.

In 2015, Dubai Customs’ IPR department joined forces with brand owners and their legal representatives, as well as diplomatic commercial attachés and other stakeholders, to find an alternative solution. A series of discussions and workshops were conducted and it was eventually decided that the right holders would contract recycling companies based in the UAE to dispose of IP-infringing goods. They would also bear the recycling fees and all related costs. Dubai Customs would supervise the recycling process carried out by the recycling companies. After thorough studies and impact analyses, the new policy for disposing of counterfeit goods via recycling was adopted; it officially came into force in April 2018.

In 2021, Dubai Customs made around 390 seizures totalling 1,764,710 counterfeit items – a big jump from the 1,906 counterfeit items seized in 2020. The fake products ranged from computers to athletic shoes, timepieces, mobile phone accessories, headphones, garments, bags and cosmetics. All of the seized items were sent for recycling.

There are two main scenarios in which a complaint to Dubai Customs regarding suspected IPR-infringing goods may arise (see figure 1):

If the importer does not acknowledge that the suspect goods are counterfeit, Dubai Customs will take a sample of the goods from the shipping consignment or from the location where it has been discovered (factory, warehouse, etc.), and transmit the sample to an official laboratory for testing in order to determine whether or not it is genuine. For this purpose, the right holder is required to provide Dubai Customs with samples of genuine goods that correspond to the suspect goods. If the official laboratory confirms that the suspect goods are not genuine, Dubai Customs will seize them. If the right holder cannot provide a sample of the genuine goods, he must provide the technical specifications of the goods, together with any other relevant information.

A recent case involved a major tobacco company. During an ad hoc inspection conducted by Customs officers at the Jebel Ali Free Zone, a shipment containing around two million cigarettes suspected of being counterfeit was found at the storage facility of a logistics company. A forensic inspection of samples was carried out, and the goods were indeed found to be counterfeit. The right holder lodged a complaint to seek the confiscation and destruction of the counterfeit goods and arranged for them to be disposed of by a recycling company. Dubai Customs, after proper investigation, ruled that the goods should be seized and handed over to the recycling company.

In another instance, 58 pipes for transporting oil and gas were seized following notification by an IP consultancy that goods infringing a trademark had been loaded into four containers shipped from an Asian country. These pipes would have posed significant security and environmental risks if they had not been removed from the market, as they were not capable of withstanding the level of pressure required for the transportation of gas and oil. Here again, the right holders arranged for the items to be sent to a recycling facility. 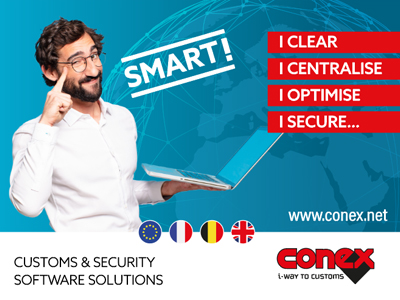 The new procedure is set to give fresh impetus to the cooperation between right holders and Dubai Customs. The latter regularly organize training events in cooperation with the right holders of major brands, to enhance the capacity of inspectors to detect counterfeits and distinguish fake, IP-infringing goods from genuine ones. Risk indicators are continually being developed and updated to enable effective risk assessment through the Smart Risk Engine System. This process is supplemented by physical visits to warehouses and factories, conducted by highly-skilled Customs inspectors.

Other Customs authorities in the United Arab Emirates are also implementing this recycling policy. In 2021, the Office of the United States Trade Representative (USTR) removed the UAE from the US intellectual property protection (IPP) watch list. In the report accompanying its decision, the Office of the USTR recognized the progress made by the UAE in tackling  longstanding IP enforcement concerns, particularly through increased efforts by Dubai Customs.