Focus: Collecting enforcement related data
Other articles in this Edition >>

By the WCO Secretariat with the contribution of Marjan Duevski, Chief Inspector at North Macedonia Customs and Giorgi Kvaratskhelia, Georgia Customs

Detecting the illicit trade of prohibited or regulated commodities is extremely challenging. One way to enhance identification capacities is to analyse data related to seizures and detentions and develop a set of rules: deductive rules based on watchlists; inductive rules, using indicators or anomalies to assess the risk associated with a transaction; and predictive rules, which are mathematical tools based on historical trend analysis and scenarios. Such an approach requires Customs to collect, store and analyse data related to seizures and detentions. Moreover, the data must be of high quality, comprehensive and detailed.

The WCO, realizing that many administrations did not have the necessary tools, developed the National Customs Enforcement Network (nCEN) application. It consists of four independent databases. The principal database of national seizures and offences comprises data required for analysis, as well as means of conveyance, routes, and the possibility of viewing photos depicting exceptional concealment methods. Two supplementary databases contain information on persons and business entities of interest to Customs. Lastly, a suspicion database allows administrations to collect intelligence information in a structured way, and to keep track of investigations linked to that information in the system.

The application also contains basic data analytics functionality, including automated searches on new data, and matching rules that allow users to identify connections between data elements in the application. All the databases are linked so that linkages between persons, businesses and their illicit activities are recorded and tracked by the system.

Last but not least, a communication component, “Icomm”, allows for data exchange between the nCEN and the two other applications which form the CEN suite, namely the CEN application, which is a central global depository of enforcement-related information, and the CENcomm communication platform, which enables a group of users to exchange data during an enforcement operation. The CEN suite applications can all talk to each other, and this means that nCEN users can all exchange information. Theoretically, data transfer from existing national systems to the nCEN is also possible.

To understand how the tool is currently used, we asked two Customs administrations to share their experience: Georgia Customs, which has been using the tool since 2015, and North Macedonia Customs, which deployed it at the end of 2020. Towards the end of this article, we also describe the latest upgrades made to the application, and upcoming ones. 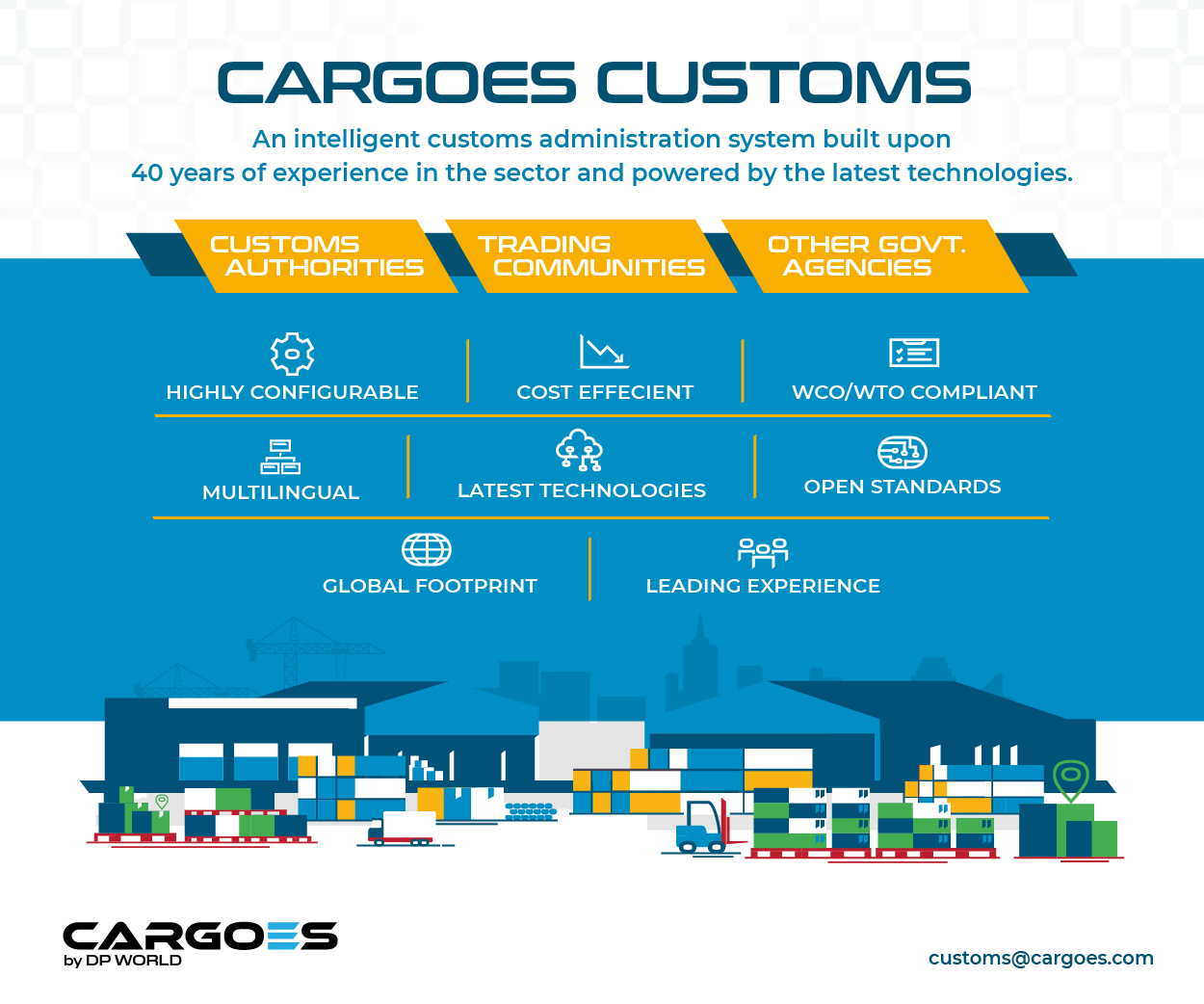 “Smuggling trends and patterns change very fast. Having quality data on seizures is key to identify emerging risks in terms of commodities and modus operandi”, explained a representative of Georgia Customs[1]. Before implementing the nCEN, data related to seizures and to detentions of prohibited and regulated items was collected in other systems. Deploying the nCEN was motivated by several reasons:

Not all Customs offences are reported in the Georgia nCEN. The criteria for doing so include the seriousness of the case, with data on minor and administrative offences stored in the Customs automated system only. The Administration started carrying out analysis as soon as the tool was deployed in 2015. Data must be reported no later than 10 days after the seizure or detention has occurred.

The data fields cover not only commodity category, transport means, and companies and individuals involved, but also investigation results. Data is used to create risk profiles and/or to modify existing ones. Analysing and cross-referencing data on concealment methods, type of declared goods, routes, offenders, nationalities or transport means registration countries, for example, has proven to be efficient as Georgia Customs has seen an increase in the amount of seizures made in recent years. 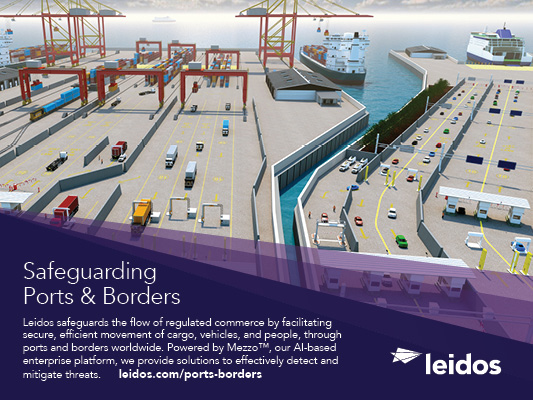 Deployments of the nCEN application in Customs administrations already possessing centralized systems for enforcement data show that the nCEN can also be instrumental in setting up cooperation mechanisms at the regional level and beyond, as all users of the application form part of a Global nCEN Network.

The Customs Administration of North Macedonia started using the nCEN in 2020, alongside its historical SIM database, which is used to record data on all the controls made by Customs officers (even on controls where no irregularity or offence has been established). The SIM database also includes modules for the collection and analysis of specific data. One of these is the Air Passenger Control Module, which collects Advance Passenger Information (API) from airlines and cross-checks it against lists of people of interest, such as the central list of suspects, the list of persons involved in previous seizures, and the list of persons who have previously declared cash.

Until the nCEN and the national databases are connected, only some officers from the Intelligence Department are requested to enter data in the nCEN. They have extensive experience with the application, the CEN and the CENcomm. The rationale behind this decision is to ensure the quality of the data. For field officers, data entry is a burden and, as they work to tight deadlines, they tend to enter data as quickly as possible, filling in only the fields that are mandatory, and making many unintentional mistakes. The application has not and will not be translated into Macedonian, which means that the data is entered in English.

In North Macedonia, the nCEN is therefore particularly useful for uploading information stored in the CENcomm into the nCEN, and for reporting national seizures to the WCO CEN. The application has also been used to exchange data with Kosovo Customs, which is also using the nCEN. Information will be shared with other nCEN users when relevant in the future.

The utility of the nCEN application improves with every version that the WCO releases, as all improvements are based on requests from end users of the application. There is still some disparity among the 55 nCEN countries in terms of versions, and it is one of the strategic goals of the WCO to move all countries to the latest version of the software, allowing them to reap the benefits of all new functionalities.

The addition of the database containing information on persons was part of the last upgrade. The database makes it possible to store historical versions of a person record and to track person linkages with other cases.

All the databases are linked, so if a person is related to a new case, there is no need to enter the data again. The same goes for business entities or suspects. As already explained, this data linking process is critical for analytical purposes.

In the most recent version of the application, two features intended to facilitate data entry have been added[2]:

Moreover, to showcase the value of the application and the value of the data itself, a basic data visualization feature has been developed, allowing for the display of search results in the form of charts for a quick overview of the situation.

When funding becomes available, a database on means of transport will be added to the application. Here again, if a means of transport already recorded in the database is found to be involved in other offences, there will be no need to re-enter the data. Some countries have requested assistance to connect their national databases to the nCEN. The ability of the WCO Secretariat to answer positively to such requests will also depend on whether it manages to raise funding.

For the WCO, the global strategy for furthering the nCEN project rests on certain key pillars. On the one hand, we are committed to introducing more high-tech features in the nCEN, improving its analytical capability and ensuring data security, improving the interoperability of the nCEN with other systems and/or national databases to allow more data to flow to the nCEN from various sources, and guaranteeing the sustainability of the application through well-targeted technical assistance. On the other hand, we want to boost cooperation among the Global nCEN Network, to have more activities, offer more training, and ensure more data is being exchanged, not only with the CEN, but also among the nCEN countries.

[2] The features were also added to the CEN.