There is nothing new in saying that leveraging technology is key to effectively managing the flow of goods, people and means of transport. This magazine contains a wealth of articles explaining how Customs administrations are using technology to fulfil their missions. In fact, given the impact of technologies on border management, we believe it is essential to gather as much knowledge and experience as possible so that Customs administrations are well informed on the opportunities offered to them to enhance – and sometimes totally transform – the way they work, measure and collaborate.

With this in mind, we recently published a paper entitled The role of advanced technologies in cross-border trade: A customs perspective, which was co-developed with the World Trade Organization. The paper presents the findings of the 2021 WCO survey on the use of the latest technologies by Customs administrations. It shows that a large number of WCO Members are either looking into, or already using, blockchains, the Internet of Things, data analytics and artificial intelligence (AI), and brings together examples of the use of those technologies, while highlighting their benefits and the challenges faced by Customs when deploying them. In this Dossier, we are continuing along the same lines and touch upon some of these disruptive technologies again.

The first article deals with the type of technology used to implement one critical WCO standard enabling information to flow seamlessly across different IT systems: the WCO Data Model. It argues for the implementation of the Model, using a service-oriented architecture (SOA), an approach that facilitates the building of robust IT solutions by enabling specific and specialized solutions to be developed separately to respond to the needs and constraints of processes and procedures. It also explains the critical role played by the Model as the universal language between SOA platform components, and how it could be turned into an SOA services specification for cross-border regulatory purposes. 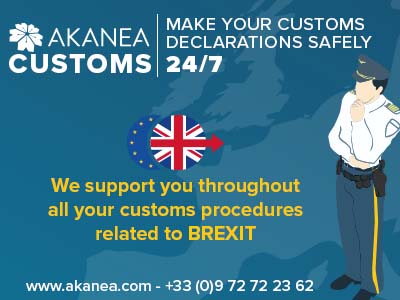 According to the WCO/WTO paper, around half of Customs administrations use some combination of big data, data analytics, artificial intelligence and machine learning. Those which do not currently use them have plans to do so in the future.

The majority of Customs administrations see clear benefits from advanced technologies, in particular with regard to risk management and profiling, fraud detection and ensuring greater compliance. The second article of the Dossier looks at the implementation of AI analytics in the Bahamas and explains how it has enabled the Administration to take a huge leap forward on recouping lost and evaded revenue, while simultaneously modernizing its revenue collection management capabilities.

The subsequent articles examine the implementation of AI, a term which refers to systems that are able to change behaviours without being explicitly programmed, based upon data which is observed, collected and then analysed. It is a broad term that includes machine learning, deep learning, computer vision and natural language processing.

First, Dutch Customs shares its experience of developing an automated support system for image analysts which would enable the Administration to carry out more X-ray inspections overall. One of its main messages is that a lot more could be achieved in this field if Customs administrations were to join forces and if standards and harmonized working methods were created for developing and deploying machine learning models. From a technical point of view, administrations can share scanned images using the WCO unified X-ray file format for non-intrusive inspection (NII) devices, codenamed the “Unified File Format” (UFF). However, there are no international standards on the way automated target recognition (ATR) algorithms are to be developed and deployed.

Another article, by a technology provider, deals with a similar issue and highlights how AI is finding its way into many critical aspects of Customs control, with automated detection tools now able not only to identify some items, but also to extract useful data within a matter of seconds, such as the number of items in cargo, or their size and weight.

From a more global perspective, another service provider explains how AI is being integrated across the digitalization of the trade ecosystem, with IT systems now able to capture data from scanned documents, apply HS classification codes from commercial descriptions, assess risks, flag discrepancies, facilitate payments, apply not only national requirements, but also regional and international agreements, and react and pivot to dynamic changes, such as a nation exiting a trade agreement, a rise in prices, or port or border closures.

The last article in this series on AI is by Finnish Customs, which has enhanced its capacity to help its customers by creating a chatbot and a contact management system. The Administration had anticipated an increase in the number of individuals it would be interacting with for the first time, following the increase in cross-border e-commerce and the removal, on 1 July 2021, of the VAT exemption for the importation into the European Union of goods with a value under €22. The new tools have enabled it to manage this change efficiently and to better understand customers’ preferences and needs. 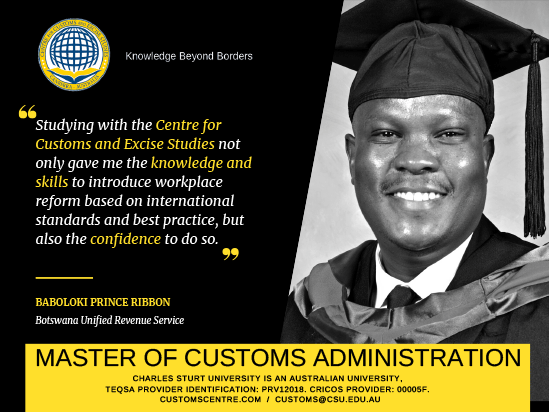 The last article of the Dossier deals with blockchain technology. According to our survey, it has captured the attention of the majority of Customs authorities: 19% of the respondents said they were exploring its potential through a proof of concept; 14% that they were testing solutions through pilot projects; and 24% that they were planning to do so within the next few years. The article describes Egypt Single Window and its various components which include a blockchain document transfer platform. The companies which developed the solution lists some lessons learned which will be useful to Customs administrations and service providers alike.

To conclude, I would like to announce the launch of the WCO Data Innovation Hub. The Hub will bring together representatives of Customs, the private sector and academia to support the development of proofs of concept. In practice, the Hub could take the form of two meetings a year. We will communicate more information on this initiative shortly.

My sincere thanks to all the contributors to this Dossier. It is critical to share information on the development and implementation of technologies as their adoption is fast changing the role of Customs officers and the way that they perform their duties. We must ensure that leaders and Customs officers understand the impact of technology on their organization. I therefore strongly encourage you to share your ideas, plans and achievements through this magazine. My thanks go also, of course, to the other contributors to the magazine who took the time to share their experience with us.