Focus: Collecting enforcement related data
Other articles in this Edition >>

By Rajesh Pandey and Kaushik Thinnaneri Ganesan, Indian Revenue Service, Central Board of Indirect Taxes and Customs, Government of India

The COVID-19 pandemic presented many challenges to the international trade community. Many of these were new to the officers working for the Central Board of Indirect Taxes and Customs (CBIC), the Government of India’s nodal body responsible for formulation and implementation of policy relating to all matters of indirect taxation. Among other things, they realized that they had to examine some of the IT systems being used, to ensure that they still meet the requirements of the Administration. One such system was the National Customs Offence Management System, known as “DIGIT”, which is used for collecting and managing data related to all Customs offences detected in India, and which is comparable to the National Customs Enforcement Network (nCEN) developed by the WCO. The review resulted in substantial enhancements being made to DIGIT, which are presented in this article.

India’s National Customs Offence Management System (DIGIT) was created many years ago to help India’s apex anti-smuggling body, the Directorate of Revenue Intelligence (DRI), identify transactions involving persons engaged in smuggling activities. At the beginning, only officers of the DRI were to enter data in the system. This changed a few years ago and frontline Customs officers in charge of Customs clearance are now also requested to feed the database so that DIGIT can be used to detect a wider range of offences. It is worth noting that capturing records of offenders and offences represented additional work for those officers who have to clear passengers and cargo to tight deadlines. While there were teething issues initially, they gradually got used to entering data in DIGIT.

Thanks to the DRI and fields units, a fair bit of data was recorded in DIGIT by early 2019. The following information was collected for every case:

At the beginning of the COVID-19 pandemic, the DIGIT team decided it was time to look again at the system to ensure it was still fit for purpose and to identify ways to enhance it. They first focused on analysing the quality of the data captured in the application and identifying areas of improvement. Among other things, they conducted the following activities:

To support the review process, and in association with the National Academy of Customs, Indirect Taxes and Narcotics, the DIGIT team decided to organize webinars with the app users to remind them of its existing features and to get their feedback on the tool. More than 600 officers from across the length and breadth of the country participated in these meetings. Next, a series of newsletters was prepared. Released on a monthly basis, they enabled readers to delve deep into the various modules of DIGIT. Each newsletter focused on a particular module of the app and included a set of frequently asked questions. Finally, as and when new features were rolled out, detailed communications were sent to all users, explaining which feature had been introduced, the background to this change and what to keep in mind while entering data. 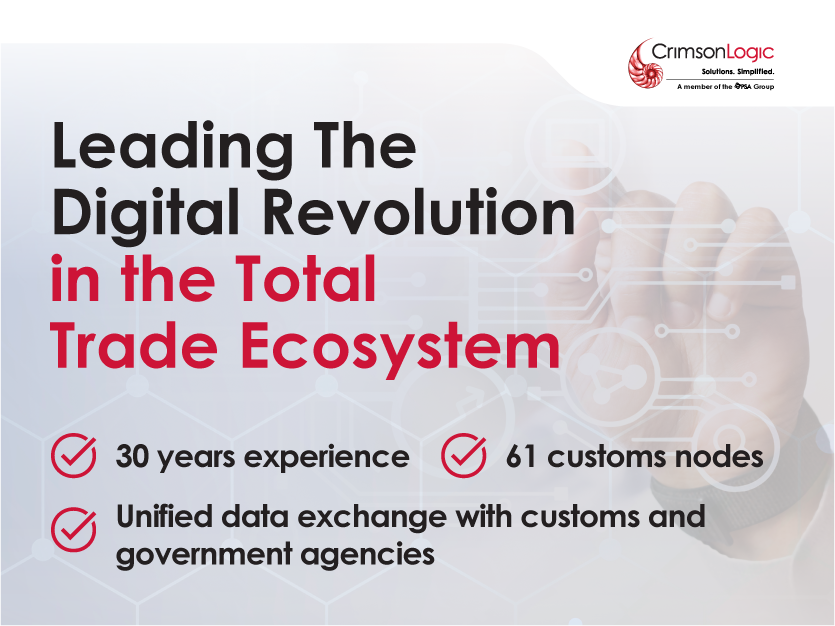 Impetus from the top

This comprehensive review of DIGIT was not only supported but also driven by the highest echelons of the Indian Customs Department, ultimately culminating in the development of a dashboard for the Finance Minister of India, which enabled her to visualize Customs offences based on the data fed into DIGIT. Throughout 2020 and 2021, letters were written by the Chairman of Indian Customs and the Head of the Compliance Management Department, exhorting field officers to report data related to Customs offences regularly and accurately. This greatly contributed to spreading awareness about DIGIT and the importance of timely and accurate data reporting.

Once improvements were identified, the DIGIT team set about making the required changes to the backend of the application in a phased manner. The changes can be broadly categorized into three types. 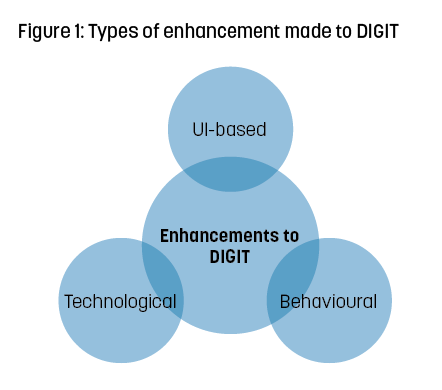 The first category of changes relates to the user interface (UI), the point of human-computer interaction and communication in a device:

The second category of changes aims at changing users’ practices:

The third category of changes is purely technical:

The result was a comprehensive transformation of DIGIT into an agile, robust, intuitive, user-friendly application that not only made data entry easier, but is also more aligned to the legal and administrative requirements of the Administration. The data capturing methodology has been improved and the application has received support not only from officers involved in the detection of offences and data entry, but also in policy formulation.

Synergy with the WCO CEN

Indian Customs is an active Member of the WCO and regularly reports national seizure data into the WCO Customs Enforcement Network (CEN), which aims at being a central global depository of enforcement-related information, enabling Customs administrations and the WCO Secretariat to produce valuable analysis on illicit trade.

When reviewing DIGIT, Indian Customs took measures to ensure that the changes made were aligned with the CEN data structure and would allow automatic data exchange if the two systems were to be connected. The creation of broad categories for goods (such as narcotics, precious metals and precious stones, tobacco products and hazardous waste) was partly driven by this imperative, and the names of the categories match those of the CEN with very few differences.

In the meantime, Indian Customs will continue to report data into the CEN and to support initiatives aimed at enhancing the system. As an example, during the 19th Customs Enforcement Network Management Team meeting held in 2021, it shared its practices aimed at improving data quality, endorsed the creation of a WCO Charter of Data Quantity and Quality Enhancement in the CEN, and supported the creation of a Task Force on Data Collection to review the data entered so far in the CEN. At the 42nd Meeting of the WCO Enforcement Committee held in 2022, Indian Customs also strongly supported the proposal of the WCO Secretariat to launch a CEN Data Visualization Project which would enable users to easily gain information from the data recorded in the system.

An eye on the future

In 2022, the WCO Secretary General encouraged Customs administrations when it comes to “Scaling up Customs Digital Transformation by Embracing a Data Culture and Building a Data Ecosystem”. By conducting the review of DIGIT, Indian Customs has shown its commitment to doing so.

India has the advantage of being a technology powerhouse and the Customs Administration has no problem in hiring talented IT specialists. However, the system upgrade was made possible thanks not only to the DIGIT team, but also to the active involvement of the Administration’s top management and of the main users of the application.

With such all-round support, the DIGIT team is now equipped to work on:

Technology, combined with a relentless passion for systemic improvement, has resulted in positive outcomes, with more in the pipeline. DIGIT holds immense potential for enhancing the monitoring of Customs investigations in India and driving policy based on data.

Rajesh Pandey was posted as Principal Additional Director General, Directorate of Revenue Intelligence – Mumbai Zonal Unit at the time of authoring this paper.

Kaushik Thinnaneri Ganesan was posted as Deputy Director, Directorate of Revenue Intelligence – Mumbai Zonal Unit and was National Nodal Officer – DIGIT at the time of authoring this paper.