By the Secretariat of the Oceania Customs Organisation

The Oceania Customs Organisation (OCO) has 23 members made up of independent countries and self-governing territories in the Pacific region. Established in 1986, its mandate is to support Customs administrations in their endeavour to enhance the effectiveness and efficiency of their work, in order to meet the development objectives of their governments. Such endeavours include the harmonization and simplification of Customs procedures, the facilitation of trade, better quality law enforcement, and the building of leadership and management capacity.

About 39% of OCO members have less than 50 Customs officers. Apart from Australia and New Zealand, they share some common features including reliance on Customs duties and other border taxes to generate government revenue, dependence on imported goods, relatively high border clearance times, and limited human resource capacity. There are also significant differences in legislation, procedures, practices, and documentation requirements. Moreover, OCO members use different versions of the WCO Harmonized System (HS) as a basis for their own goods nomenclatures, with only 39% having implemented HS 2017, the latest version. In addition, 24% do not have automated Customs operating systems.

Whilst a number of OCO members have initiated Customs institutional reforms and the modernization of Customs procedures to facilitate trade, the majority, given resource constraints, still lag behind in this respect. Capacity building programmes are also difficult to develop as a result of various constraints such as a lack of budget, the political climate, and being prone to natural disasters. When it comes to budgetary matters, it is worth noting that, although donors provide financial support, a lack of coordination has resulted in initiatives being duplicated, and this duplication has done more harm than good.

Another issue for the OCO’s small island economies (SIE’s) is the increase in transnational criminal activity in the Oceania region. Its remote islands and maritime borders make the region an attractive place for criminal elements to set up their activities for onward passage to the bigger economies of Australia and New Zealand. The increase in such activities is having an impact on these SIE’s in terms of revenue as they impact negatively on tourism, business investment and trade, creating a need, in general, to shift the focus from pure revenue collection to include the fight against illicit trade. 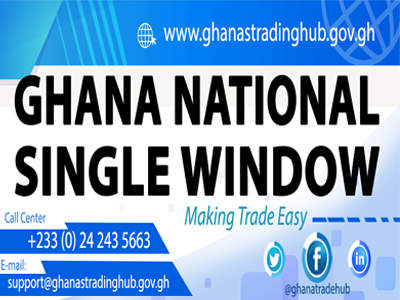 To support its members, the OCO organizes training events and holds various forums to foster the exchange of information and promote networking. When it comes to training, the OCO has identified a need not only to strengthen its members’ competencies in technical matters, but also in leadership and project management. With the support of the WCO, several workshops have been organized to address these needs.

Among them was a Leadership and Management Development (LMD) Workshop, which gathered 19 senior officials from 10 of the non-WCO member countries over a two week period in 2017 to discuss the different aspects of leadership, visioning, people management, delegation, motivation, negotiations, communications, change management, and decision-making.

The OCO also encourages its members to participate in training events organized by the WCO and its development partners for countries situated in the Asia/Pacific region. To widen training opportunities, the OCO also signed a Declaration of Partnership with the Pacific Islands Chiefs of Police (PICP) and the Pacific Immigration Directors Community (PIDC).

The OCO has an annual work programme where it lists activities aimed at assisting its members with regard to harmonizing and simplifying their current business processes. Two of the identified priorities for the region and some of the activities undertaken in respect thereto are introduced below.

Although only eight OCO members are Members of the WCO and the World Trade Organization (WTO), the majority are parties to and/or negotiating preferential trade agreements in which trade facilitation provisions are a major component. Such agreements also include a range of commitments covering, among others, the automation of Customs clearance processes, and the implementation of risk management as well as advance rulings.

Therefore, although very few OCO members are signatories to the WTO Trade Facilitation Agreement (TFA) or the WCO Revised Kyoto Convention (RKC), they have all committed to enhancing their procedures and implementing international standards. This commitment will not only assist in reducing costs to legitimate trade, but will, in turn, also contribute to the competitiveness of businesses operating in the Oceania region.

Following the 2017 OCO Annual Conference, six non-WCO members (the Cook Islands, the Federated States of Micronesia, Kiribati, Nauru, the Solomon Islands and Tuvalu) indicated their intention to accede to, and comply with, the RKC, noting that any Member State of the United Nations or its specialized agencies may become a Contracting party to the Convention.

The work towards compliance with the RKC is important for OCO members. It falls within the reform programmes that they have developed, and is seen as instrumental in ensuring effective implementation of the TFA. To support its members, the OCO organized, in collaboration with the WCO, a workshop on the RKC in June 2017 where a gap analysis was conducted, enabling OCO members to compare their country-specific legislation with the provisions of the RKC and its guidelines. In June 2018, Kiribati became the first non-WCO member to accede to the RKC.

The implementation of the Pacific Harmonized Commodity Description and Coding System 2017 (PACHS 17), which was developed by the OCO in collaboration with the Secretariat of the Pacific Community’s Statistics for Development Division, is another important area of work.

PACHS 17 is an eight-digit regional-wide nomenclature. Its first six digits mirror those contained in HS 2017, with the addition of two further digits known as the “regional sub-heading.” This regional nomenclature was developed to establish even further uniformity in the classification of goods by OCO members.

One of these training support events was organized in collaboration with New Zealand Customs. Five OCO members from the Micronesian sub-region benefited from this training: the Commonwealth of the Northern Mariana Islands (CNMI), the Federated States of Micronesia (FSM), the Republic of the Marshall Islands, Palau, and Guam. Palau implemented HS 2017 in October 2018, followed by the FSM in November 2018, and the CNMI is in the process with 80% of the work completed.

Fifteen OCO members signed a Memorandum of Understanding (MOU) on Customs Cooperation at the 20th OCO Annual Conference in Melbourne, Australia in June 2018. The MOU aims to facilitate the exchange of information between Customs administrations. The information shared will cover areas relevant to border control, trade facilitation, organized crime, and revenue management.

Subsidiary agreements between participating members will be required to satisfy the legal requirements of most States, but the OCO is confident that it will achieve considerable progress in this area in the coming months.