Uniting Africa with a common trade nomenclature is the goal of a new European Union (EU) funded programme being conducted by the WCO. The 41-month programme, called “Harmonizing the classification of goods based on WCO standards to enhance African trade,” focuses on the development of organizational and technical capacities for the uniform implementation and application of the WCO’s Harmonized Commodity Description and Coding System – generally referred to as the “HS” – and further includes assistance relating to the implementation of advance ruling mechanisms on tariff classification, i.e. decisions (“rulings”) issued by Customs on the classification of commodities prior to their importation or exportation, at the request of an economic operator planning a foreign trade transaction.

A quick overview of the HS

For those not familiar with the HS, it is a six-digit nomenclature at the international level for the classification of goods and has become the universal language for identifying and coding over 98% of merchandise being traded internationally, with almost all the world’s economies using it as a basis for their Customs tariffs and for the collection of trade statistics.

Since 2002, the nomenclature has been revised every five years to take into account changes in technology and in patterns of international trade. Of note, the HS celebrated its 30th anniversary in 2018, and a detailed dossier containing all the latest information about this important WCO standard was published in the June 2018 edition of WCO News.

Moreover, only six countries apply the WCO Council Recommendation on the improvement of tariff classification work and related infrastructure, while only eight are applying the Council Recommendation on advance rulings, both key measures to facilitate trade. This presents another challenge as countries across the globe are under pressure to implement the provisions of the World Trade Organization’s (WTO) Trade Facilitation Agreement (TFA), which is intended to boost economic growth and bolster participation in the international trade arena.

Aims of the programme

Generously funded, the WCO Programme aims to achieve a strong outcome for Africa. The main anticipated outcome is that in 2022, when the next version of the HS comes into force, all African countries who have participated in the programme will have signed the HS Convention and will be applying HS 2022 in line with the Convention, the WTO TFA, the WCO Revised Kyoto Convention (RKC) and other continental and regional commitments, such as the establishment of the African Continental Free Trade Area (AfCFTA), formally launched by the Assembly of the African Union (AU) on 21 March 2018 in Kigali, Rwanda.

The objective of the AfCFTA is to facilitate and increase intra-African trade, as well as trade with the rest of the world, including the EU. Furthermore, the programme contributes to the EU’s External Investment Plan and the Joint Africa-EU Strategy adopted at the Lisbon Summit in 2007 and which was refined at subsequent summits in 2010, 2014 and 2017 respectively.

The longer-term objective is to provide Africa’s Regional Economic Communities (RECs) and Customs administrations with the required organizational capacities and resources to migrate and apply future versions of the HS in a timely, autonomous and continentally and regionally coordinated manner. This, of course, fits in perfectly with the WCO’s long-time efforts to promote a coordinated approach in all matters relating to Customs and their partners. 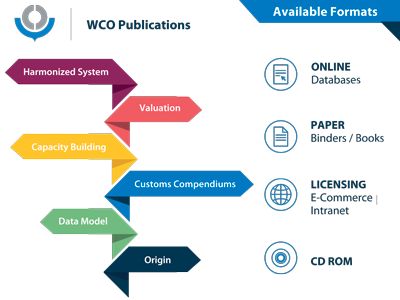 The programme will particularly focus on countries meeting the following criteria:

Present status and road ahead

The Programme is in its mobilization and planning phase. By now, the AU Commission, several RECs and more than 30 African Customs administrations have officially requested support under the programme, and have designated local contact points to manage the programme within their organizations.

The WCO, in the meantime, has already recruited a full-time Programme Management Team consisting of three officials to manage this new programme at its Headquarters, and has undertaken the first diagnostic missions to take stock of the current situation in beneficiary organizations, including initiating the development of tailor-made work programmes.

A Programme Steering Committee composed of representatives of the EU, the WCO, the AU Commission, and a select group of participating RECs and Customs administrations is about to be established, and will be in charge of assessing the annual work programmes and narrative as well as financial reports.